Protests signal 'rebellion of the poor' 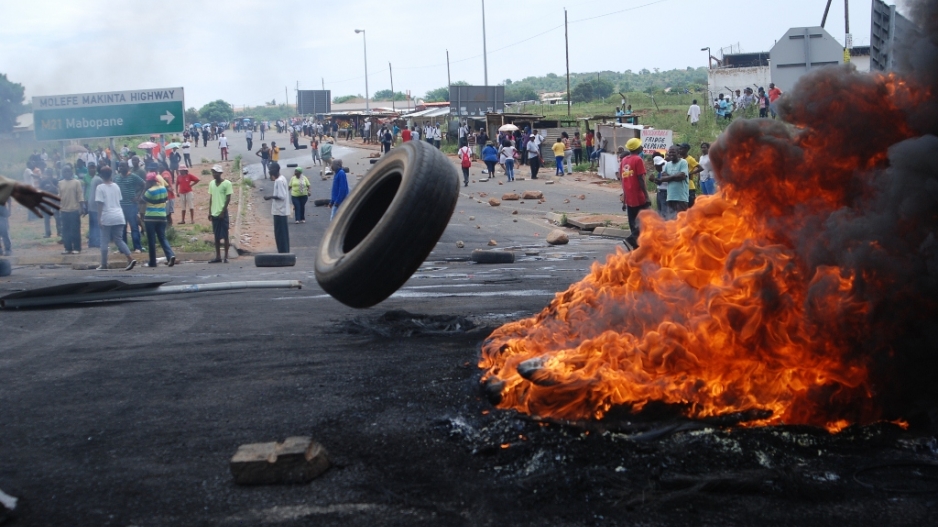 Hebron residents in North Pretoria took to the streets on February 6, 2014. Samson Ratswana.

"There cannot be short-term fixes, there needs to be real and substantial change," said Carin Runciman, who specialises in the politics of protests and social movements.

"Protests are not just about service delivery. Community protests are more of a rebellion of the poor."

The poor were marginalised, and frequently stigmatised, and had limited means to make their grievances meaningfully heard.

The research was based on over 250 interviews and drew data from four media sources, covering more than 2000 protests since 2004. The research divided protests into three categories - peaceful, disruptive, and violent.

Runciman said there had been a general rise in protest action since 2004, with peaks in 2009 and 2013. There were also generally more protests during winter.

"There is no clear relationship between protests and elections."

Just after the 2009 general elections, however, an increase was noted. One of the possible explanations for this was that people believed President Jacob Zuma would make substantial changes to people&39;s everyday lives once in office, but when this did not immediately happen people resorted to protesting.

People were not only concerned about the levels of service delivery they received, but also about the quality of democracy they experienced.

Doctoral student Trevor Ngwane said people often resorted to protesting, frequently targeting ward councillors or mayors. This was because once these officials were voted in there was no means of removing them if they failed to deliver.

Alexander said the fact that councillors often earned substantially more than their constituents led to a social gap, which often led to discontent.

The research indicated that most communities began by expressing their discontent peacefully, but this was frequently met with minimal response. The protest would then become disruptive - including blocking roads and burning tyres - before becoming violent, where property was damaged and people injured or killed. The presence of police also sometimes exacerbated the violence of protests.

The growing number of protests in South Africa were also part of an international trend.

"It&39;s been a ticking time-bomb in South Africa. Protests will continue unless authorities listen and act positively, not bureaucratically."