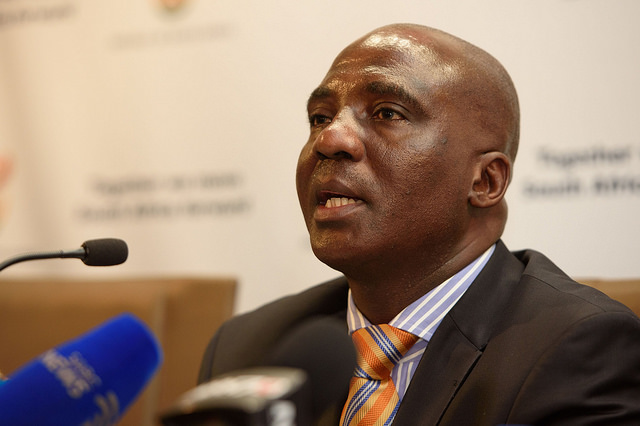 CAPE TOWN – The Democratic Alliance on Sunday accused Transport Minister Joe Maswanganyi of lying about meeting the Passenger Rail Agency of South Africa (Prasa) board and failing to appoint a new board two months after the previous board’s term ended.

The DA will ask Public Protector Busisiwe Mkhwebane to investigate Maswanganyi for willfully misleading parliament about meeting the Prasa board when he was appointed to the portfolio, DA spokesman Manny de Freitas said.

In a reply to a parliamentary question, Maswanganyi claimed to have met all entities’ boards and CEOs, including Prasa. This directly contradicted statements made by previous Prasa board chairman Popo Molefe, who stated Maswanganyi had “refused” to meet the board since his appointment as minister.

The failure to appoint a board had resulted in Prasa failing to table its annual report as there was uncertainty as to whether the acting CEO could be considered the accounting authority in terms of the Public Finance Management Act (PFMA). In a letter sent to parliament, Maswanganyi claimed that “Prasa aims to submit these documents for tabling in parliament by 31 October 2017”.

This clear admission on the absence of an accounting authority brought into question all other contracts, such as the R57 billion loan agreement Prasa entered into with the Export and Import Bank of China to finance the development of the Moloto Rail Development Corridor.

“The minister must be held accountable for his continued failure to address the disaster that is Prasa. We wrote to the minister on the 21st of September asking him to appoint a new board within 10 days, as Prasa has been without a board since the previous board’s term ended on 31st July 2017,” De Freitas said.

The 10-day notice had expired with no response from the minister’s office. His failure to appoint a new Prasa board had crippled Prasa’s ability to table its annual report and to function as per its mandate.

“The minister’s inaction has aided and abated the chaotic situation at Prasa and allowed state capture functionaries free reign. With no accounting authority to allow prudent financial management, corrupt individuals have been allowed to raid the public purse and enrich themselves at the expense of the poor.

“We call on the public protector to take urgent steps to hold the minister accountable and ensure that sanity is restored at Prasa,” De Freitas said.