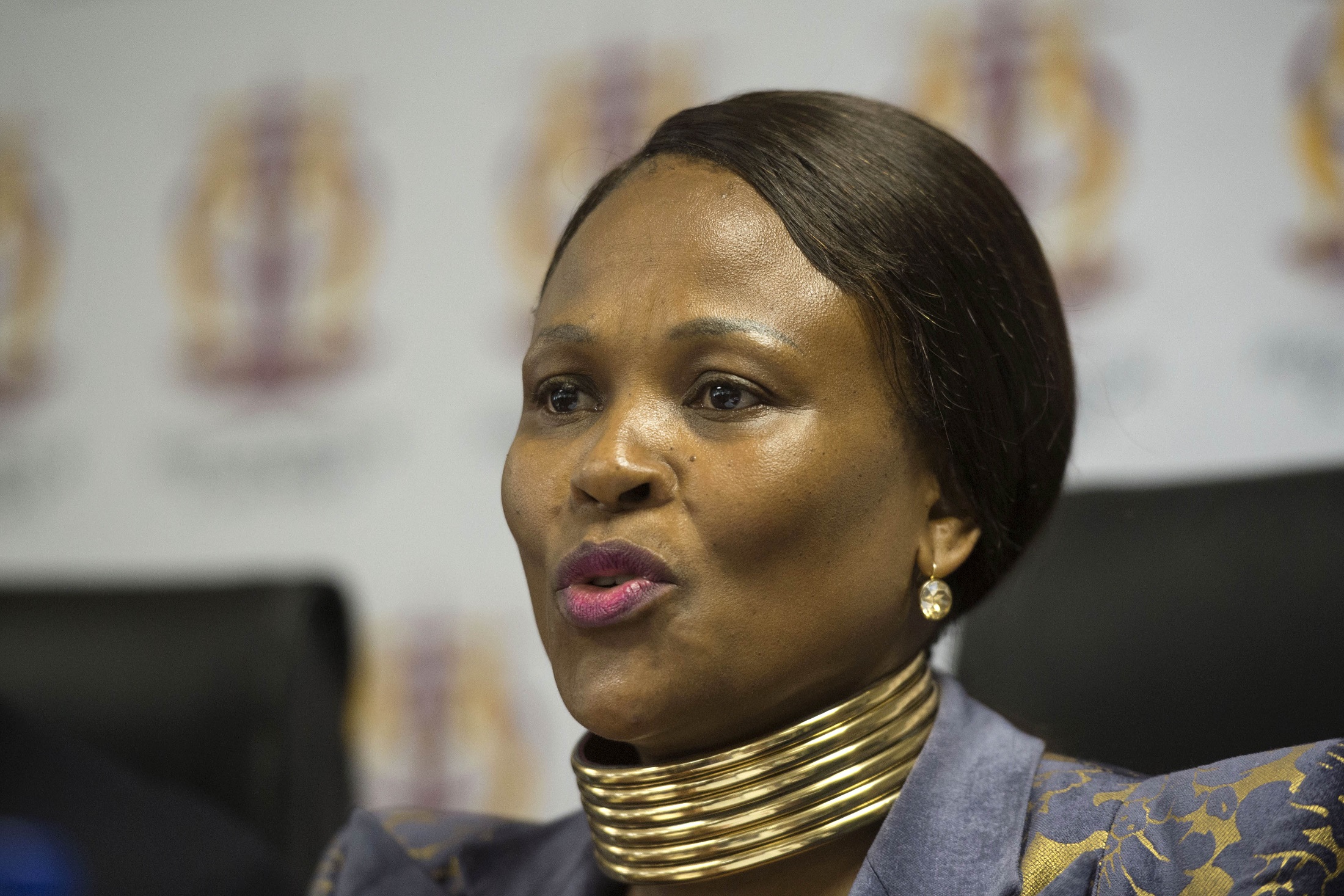 Public Protector Busisiwe Mkhwebane speaks during a media briefing to mark 100 days in office on February 02, 2017 in Pretoria.

JOHANNESBURG - The Reserve Bank has accused the Public Protector of being part of a plot to undermine its credibility and has used her own records to make these claims.

In an affidavit, the central bank said Busisiwe Mkhwebane discussed changing its mandate with the Presidency less than two weeks before releasing a report that called for such a change.

She also allegedly met with the State Security Agency but did not mention these meetings in her final report, which was later set aside.

In its affidavit, the Reserve Bank claims Mkhwebane failed to disclose that she’d discussed its role with presidential advisors.

It says these discussions suggest bias and indicate her investigation was aimed at undermining the bank.

The Public Protector responded to the accusations, saying there was nothing wrong with her meeting with the presidency and the state security agency over the CIEX report into alleged apartheid era looting.

BREAKING: @PublicProtector says there was "nothing wrong" with her meeting Presidency, SSA over #CIEX report.

Mkhwebane said she was following up on the report and attempting to ensure that the report captures everything that needs to be captured.

She said, "nothing is stopping the public protector to meet any person, including the President or SSA."