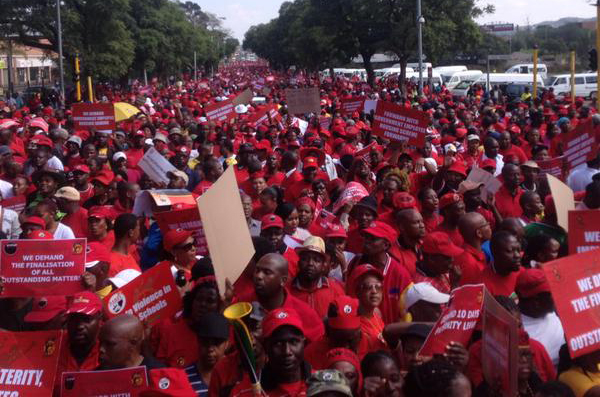 Thousands of members from Sadtu, Popcru and Nehawu marched in Pretoria, calling for a 10 percent wage increase and R1,500 housing allowance.

PRETORIA - Government has withdrawn its 5.8 percent wage increase offer to public servants. It will be retabled on Tuesday when salary negotiations resume.

The state has, however, reiterated that it cannot afford to pay more than 5.8 percent.

On Thursday, thousands of public servants marched in Pretoria to pressure employers to up their offer.

They are demanding a ten percent salary increase as well as an improved medical aid subsidy and housing allowance.

Government says if it agrees to this figure, it will add over R37-billion rand to its wage bill.

The acting Public Service and Administration Minister says the unions&39; demands are unsustainable.