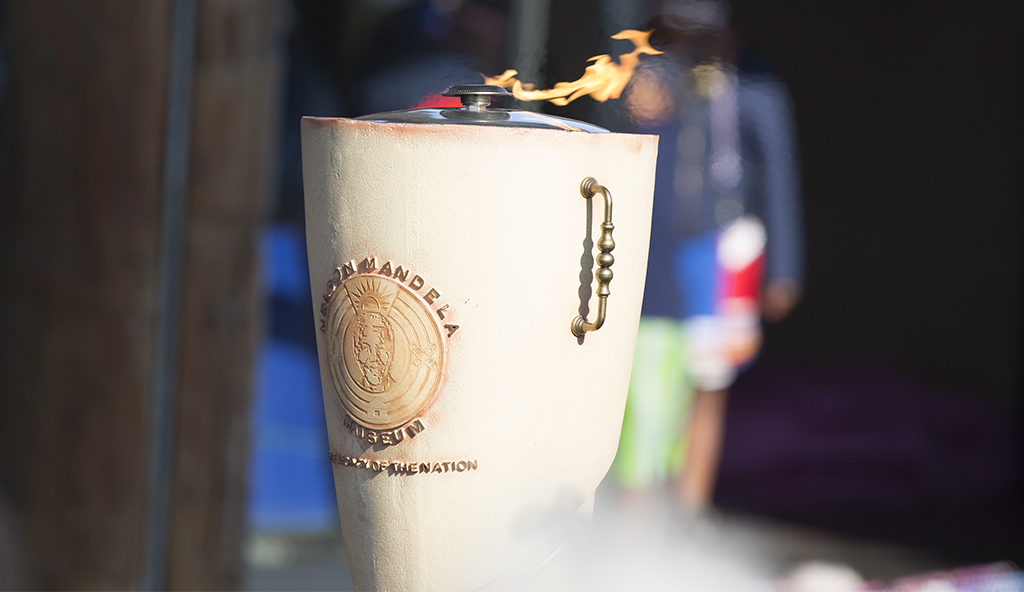 Children from the Qunu Secondary School have already received books from the Department of Arts and Culture.

A South African flag was hoisted at the school as part of celebrations.

“These are books that are largely around Madiba’s early life, life history and Long Walk to Freedom in a very simplified way for school children,” said Deputy Minister of Arts and Culture Joe Phaahla.

Nelson Mandela attended the school as a young boy and was given the name Nelson.

“Nelson started school here, it was a primary school then and his name was Rolihlahla however the Xhosa names were not used... the teacher here gave him the name Nelson on his first day of school,” said principal Nozipho Tyumre.

Tyumre expressed her gratitude for the much needed books.

“We are very happy about the donation of these books that will make them read everyday,” she said.

Meanwhile, there was a hive of activity at the nearby Nelson Mandela Museum where celebrations continued. A Nelson Mandela Flame has already been lit and 67 learners were handed more books.

Nine libraries also received books and the museum has launched the Human Rights Gardens as well as a  Long Walk to Freedom coffee table book.