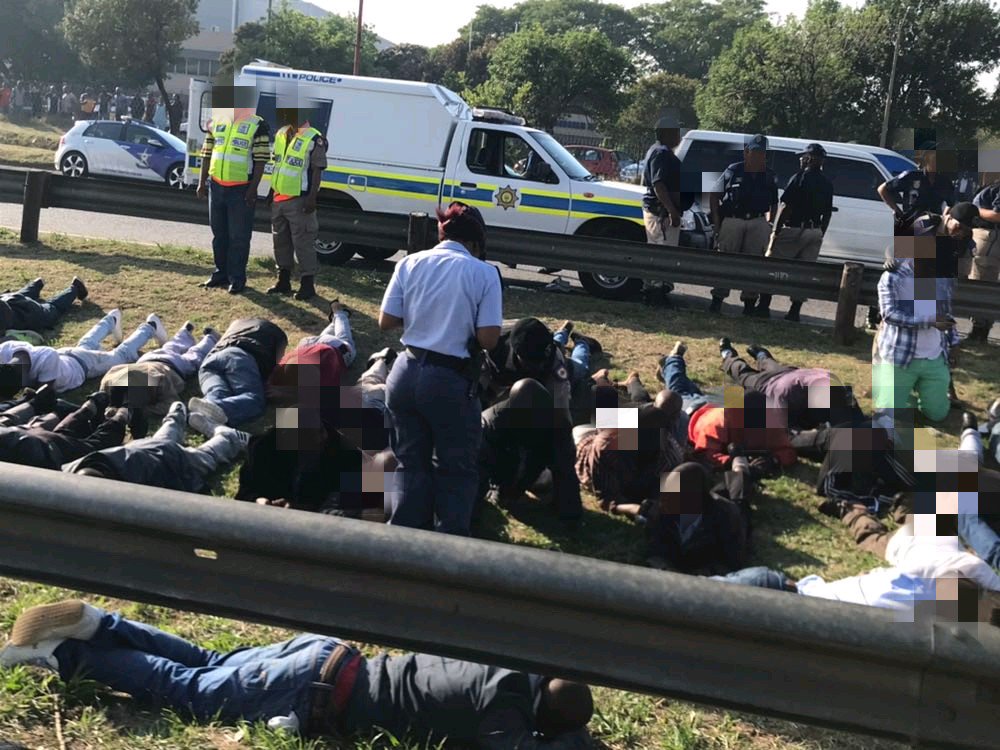 At least 30 people were arrested on various charges including public violence, following a protest by metered taxi drivers near OR Tambo International Airport.

BOKSBURG - More than 30 people were arrested for public violence on Friday, following protests by metered taxi drivers on highways near the OR Tambo International Airport.

Drivers started blocking Voortrekker Road next to the airport in the early hours of the morning, by parking and abandoning their vehicles on the road.

“We called in nyalas and tried to negotiate but they didn’t listen,” said EMPD spokesperson Kobeli Mokhoseng.

However, the metered taxi drivers then began driving in convoy on the R21 in both directions, affecting traffic between Atlas Road and Voortrekker Road and blocking the highway.

The drivers did there same on the R24 freeway both ways between Barbara Road and Jones Road.

Traffic in the area was heavily affected but has since started flowing again.

It is unclear what the protest is about but there are suggestions it could be related to metered taxi drivers’ ongoing dispute with Uber. In March 2017, metered taxis held a similar protest against Uber on the R24 near the airport.

While no violence has been reported, the fire department was called when a vehicle was set alight in Isando on Electron Road, which runs parallel to the R24. The department suspects it was an Uber vehicle.

“Twenty-five vehicles were impounded by EMPD. The arrests are related to the motor vehicle that was set alight,” said Ekurhuleni Metro Police spokesperson, Kobeli Mokhoseng.

OR Tambo airport issued a statement saying it cannot assess the impact of the delays at this point.

"However, what is known is that road travellers on both the R21 and R24 this morning may experience major delays and therefore need to prepare for such," said airport spokesperson, Leigh Gunkel-Keuler.

74 Arrests (prelim info) from R24 Freeway "Blockage/Protests" this morning. Well done to all GTP SAPS EMPD officials who did the necessary pic.twitter.com/jLTuNn70Mf

@TrafficSA This is what we are stuck in on the R24 after Barbara. Madness!!! pic.twitter.com/vW7du02W4B

@ewnreporter violence and intimidation for trucks and passing cars after R24 divert. Had to drive on oncoming traffic to avoid