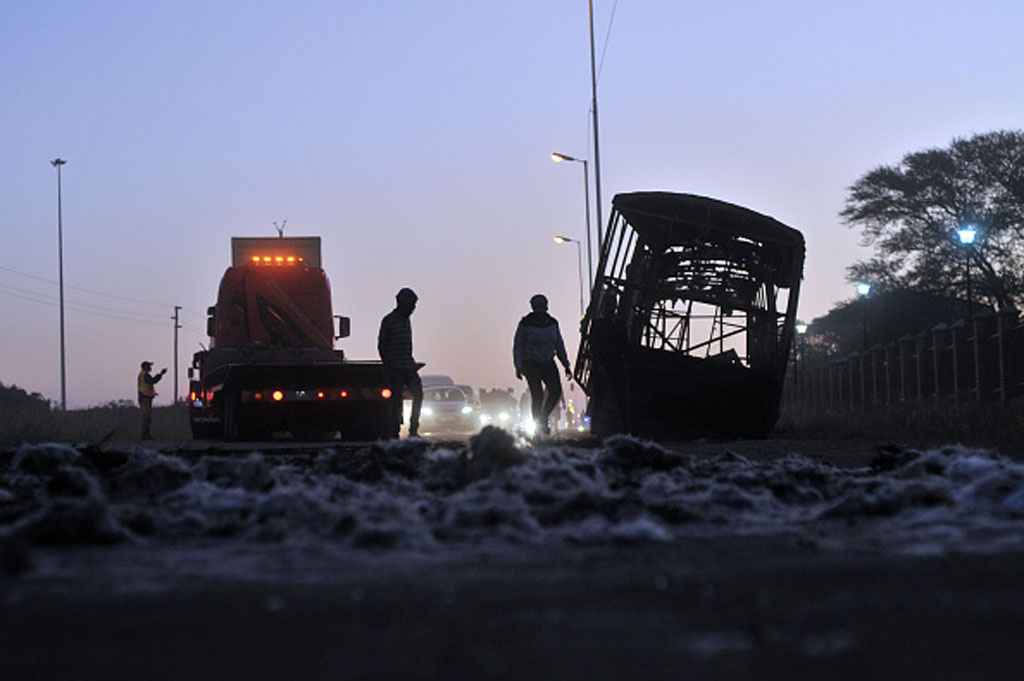 Government has condemned the killing of two people in Hammanskraal on Monday, 23 May 2016.

PRETORIA - Government has condemned the killing of two member of the team who attempted to evict people occupying land in Hammanskraal. This comes after protests turned violent over land allocation this week.

Minister in the Presidency, Jeff Radebe stated, “No matter how deep seated the problem is there is no grievance that can give rise to the loss of life. That is why we are unrelenting in our view that law enforcement must take its course. Those who killed those two contractors must be brought to book and it also comes back to the earlier response I made that members of the community should not be party to the breaking of the law.”

On Wednesday afternoon, residents were evicted from the land, which is partly owned by the Tshwane municipality and the Kekana royal family. Allegations of corruption and unfair land allocation by councillors has resulted in calls for an investigation to be launched into the process.

Residents wits say this is NOT a political issue but a genuine land issue. Hammanskraal pic.twitter.com/D7dg9oBAB4

Sanco national spokesperson, Jabu Mahlangu called for “harsh punitive action to be taken against those whose actions are found to have led to clashes that resulted in loss of lives, destruction of properties and temporary displacement of residents” on Thursday.

The Gauteng provincial government has halted the evictions as officials attempt to settle the matter.