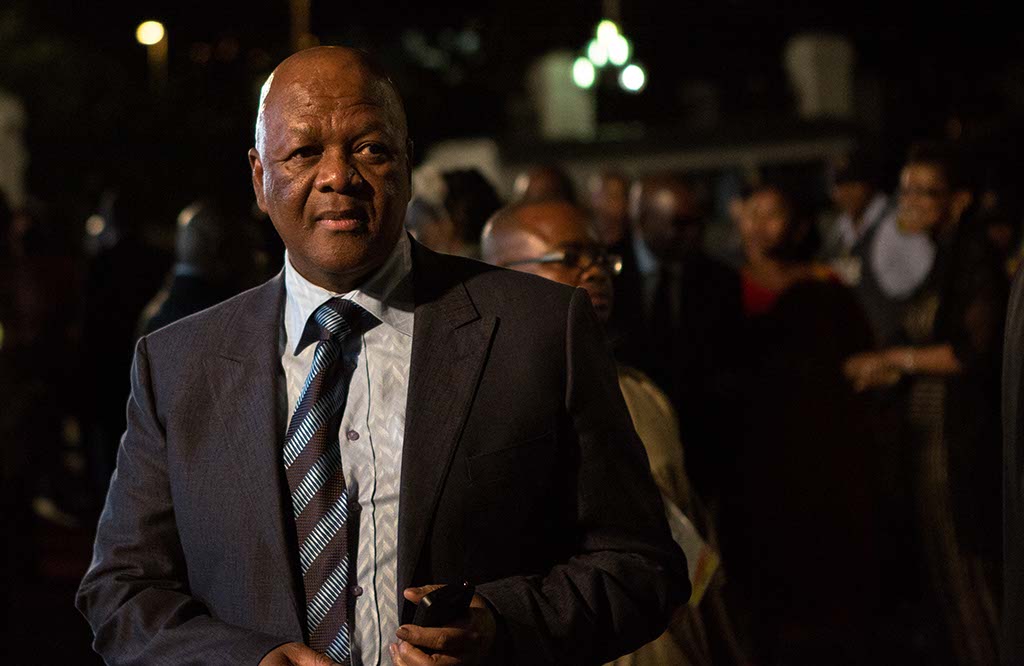 File picture: Minister of Justice and Constitutional Development, Jeff Radebe, briefed the media on the latest developments on the private plane that landed at Waterkloof Air Force Base.

PRETORIA – Minister in the Presidency Jeff Radebe would not give a comment on the issue of fee increases at tertiary institutions despite being asked twice by journalists at a media briefing on Monday morning.

PostCab Radebe sidestepping the FeesMustFall questions with the type of skill Ronaldo would be proud of.

The briefing outlined the outcomes of the Cabinet Lekgotla which took place from 16 to 19 August.

WATCH: Outcomes of the Cabinet Lekgotla

Regarding proposed fee increases, the minister said, “Education is apex of our priorities,” and that he had trust in the process of the commission that had been set up to deal with the issue.

The announcement about a fee increase was postponed on 12 August 2016 and Minister of Higher Education Blade Nzimande said last week that he was looking forward to resolving the issue.

WATCH: Nzimande wants to settle university fees issue once and for all

He said the “implementation and stabilisation programme (for SOEs) have progressed with varying degrees”.

“Eskom has largely been stabilised with operational and financial performance improving."

“The interministerial committee will continue to oversee the activities of 15 other SOEs,” said Radebe.

Regarding cabinet decisions on the new board of South African Airways (SAA), Radebe said the issue was at an advanced stage.

“We should see progress soon.”

Radebe said that the turmoil at the state broadcaster, the SABC, and the controversial CEO Hlaudi Motsoeneng, were not discussed at the lekgotha.

Radebe said the budget priorities for 2017/18 would be focused on maintaining infrastructure.

He added that the priority on water saving would continue.

“By September 2016 agreements will be completed with municipalities with higher water losses,” said Radebe.

He said that the lekgotla marked the haflway point in the current administration.

PostCab Radebe: Government, business and labour need to roll up their sleeves to collectively deliver the growth SA needs