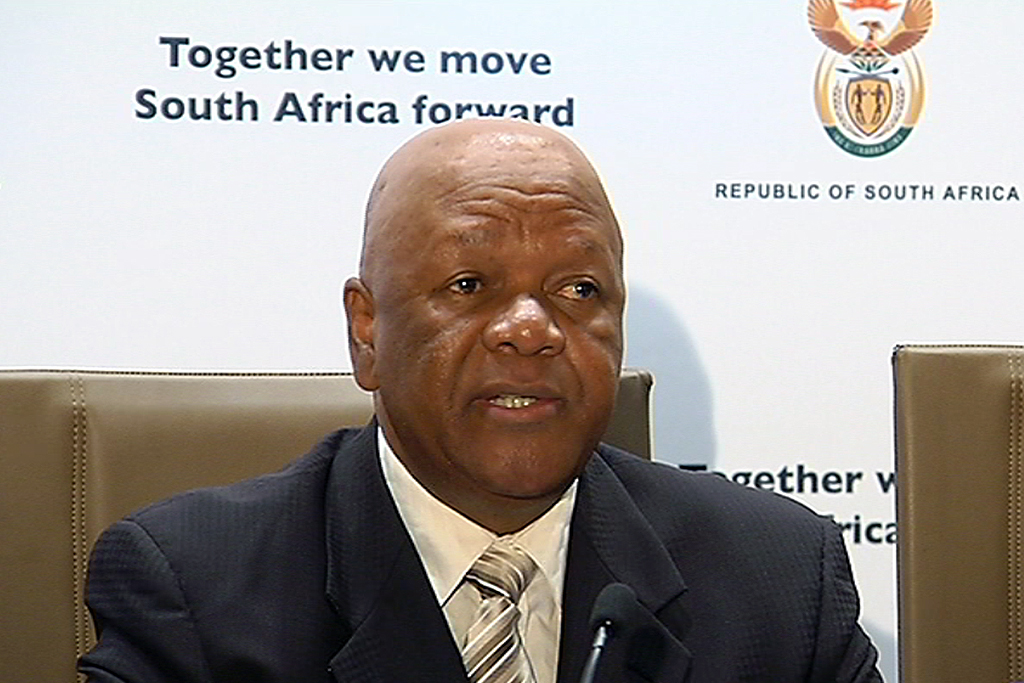 Johannesburg, 14 January 2016 - Minister in the Presidency, Jeff Radebe says "Our South African rand which is amongst the most traded emerging currencies has been particularly hard hit in recent weeks".

JOHANNESBURG - ANC NEC member Jeff Radebe on Friday dismissed comments made by party veterans that he was not fit to be president.

The veterans said the presidential hopeful never apologised for a sex scandal he was embroiled in.

In May, Radebe was caught out sexting with a 29-year-old staffer at the Union Buildings.

The woman blew the whistle on Radebe after her bosses accused her of insubordination.

However, the Minister in the Presidency did apologise through his spokesperson, Phillip Musekwa.

Shortly after the texts came to light, Musekwa said: "The minister deeply regrets that the exchanges took place in the first place."

While stalwarts feel he is not fit to lead due to sexting scandal, Radebe says he has issued public apology&has nothing more to add. #ANCNPC pic.twitter.com/b95b59H6Vk

"He is worried about the welfare of the woman who is implicated. She will take the social media pressure of what is now out there."

Radebe also apologised to the country, and his own wife and children.

Speaking ahead of the start of the ANC's National Policy Conference at Nasrec on Friday morning, Radebe said he had already issued a statement on the matter.

"It was reported widely in the newspapers and there’s nothing else to add in that issue."

Regarding the decision by many veterans to boycott the start of the conference, Radebe said: "Those issues are their opinion... doors have not been shut for veterans, some of them will be participating. We'll meet them.

"The first two days will be dedicated to issues of the organisation and that’s what we are going to do tomorrow and Sunday."