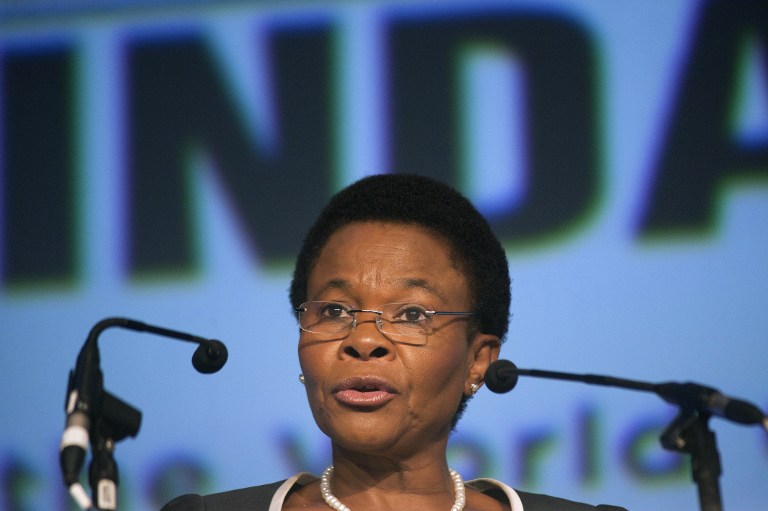 Susan Shabangu, South African Minister of Mineral Resources, speaks during a press conference, at the 20th Annual Investing in Africa Mining Indaba on February 4, 2014, at the International Convention Centre in Cape Town.

PARLIAMENT – It was unacceptable for leaders in South Africa to make remarks that undermine women, Minister of Women in the Presidency Susan Shabangu said on Wednesday in response to her cabinet colleague’s sexual overtures to a junior government employee.

During a media briefing ahead of her budget vote, Shabangu was asked about Planning, Monitoring and Evaluation Minister Jeff Radebe’s explicit text messages to a 29-year-old government communications photographer and the example it set in the light of the way women were being sexually targetted in the country’s communities.

“There’s no way we can allow leaders who continue to undermine women. This is a matter that needs to be looked at within the relevant structures…”

Radebe admitted to the text messages in an interview with The Star newspaper on Monday, apologising for his actions, saying it was a moment of weakness.