RainMustFall finally gets its wish, as further downpours predicted 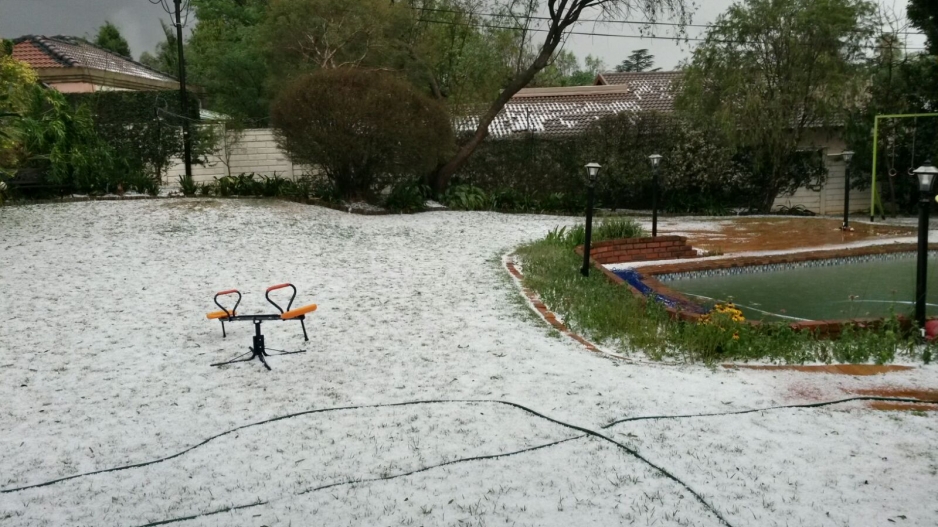 A hailstorm hit Johannesburg on Monday, bringing some welcome relief from the parched conditions.

JOHANNESBURG - Hail and thunderstorms hit much of the northern part of the country on Sunday and Monday.

While some people suffered damage and flooding, the majority opinion was one of huge relief at the reprieve from the drought.

Severe downpours have been predicted for the rest of the week and there&39;s hopes they will ease the water crisis affecting parts of the country.

eNCA Meteorologist, Joel Guy, said, “Up to 60% chance of rain is forecast in North West, Gauteng and parts of Limpopo. Then, going into the next five days until at least the weekend, we are going to be seeing quite a good chance of rain for the North Eastern parts of South Africa.”

Tennis ball size hail drops ..you don&39;t this on your windscreen. .or self pic.twitter.com/oWxvJ8L0MD

Guy said he expected the rain to remain focused in the Gauteng, the North West, Limpopo and Mpumalanga provinces, while KwaZulu-Natal should also get some showers. Temperatures should also drop into the mid twenties.

Hail on the N4 between Witbank and Middelburg pic.twitter.com/VNcOimtFh4

* View the attached video for more on this story