Ramaphosa to be installed as University of Mpumalanga Chancellor 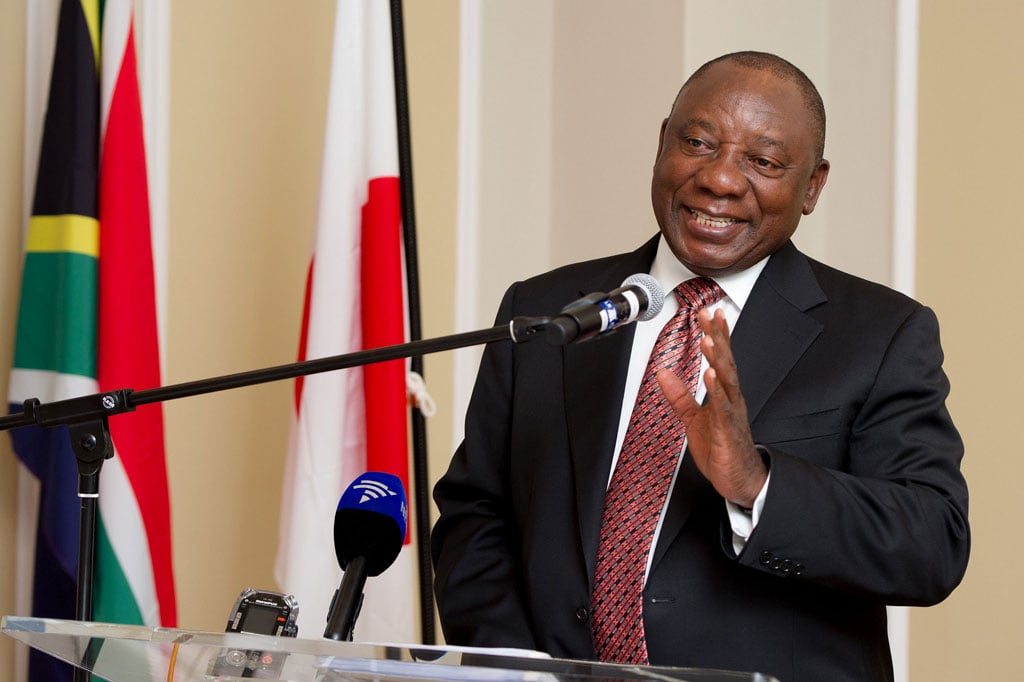 Deputy President Cyril Ramaphosa engages with Keidanren (Federation of Economic Organizations of Japan) in a breakfast meeting at the Taj Hotel in Cape Town.

JOHANNESBURG – South African Deputy President Cyril Ramaphosa will be installed as the first Chancellor of the University of Mpumalanga, the presidency announced on Friday.

The ceremony will be held on Saturday at 9am at the Ingwenyama Conference and Sport Resort in White River, Mpumalanga.

Spokesperson for the presidency, Ronnie Mamoepa, said: “The University currently provides for three faculties of Commerce and Management, Agriculture and Natural Sciences and of Education.”

He said that the faculties of Humanities (Arts and Social Sciences), Health Science and Engineering would be established in the near future.

The university was established in 2014 and is expected to grow rapidly in the next few years once the infrastructure has been fully developed.

Deputy President Cyril Ramaphosa to be installed as the first Chancellor of the University of Mpumalanga on Saturday https://t.co/2D82NDYVIg