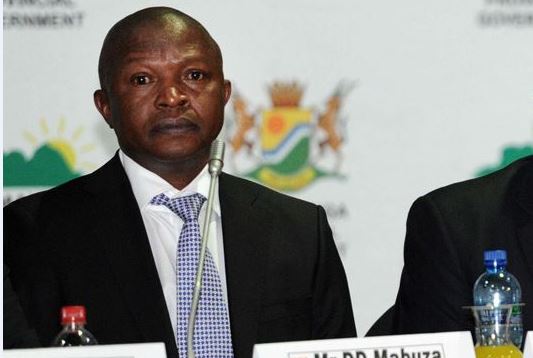 Mabuza, who is premier of Mpumalanga, was reacting to the two leaders' comments expressing of unhappiness with President Jacob Zuma's cabinet reshuffle.

Ramaphosa revealed that Zuma did not consult, but merely informed the top leadership of his decision.

Mantashe said the list of new ministers that Zuma presented to the top six officials appeared to have been compiled outside of ANC structures.

Mabuza, by contrast, believes Zuma was exercising his constitutional prerogative in effecting the cabinet changes, which included the axing of Pravin Gordhan as finance minister.

"I can hear the SG is talking to say, 'Ja, no, he just told us.' I can hear the deputy president speaking. They must remember they are not presidents! ... There's only one president. I don't know whether they want to exercise the same powers that the president has? No!" Mabuza said.

Mabuza said he he did not believe the purported intelligence report that accused Gordhan of conspiring to undermine the local economy. Gordhan was a man of integrity, he said.

However he said  Zuma must have had his reasons for removing Gordhan, and his deputy, Mcebisi Jonas.