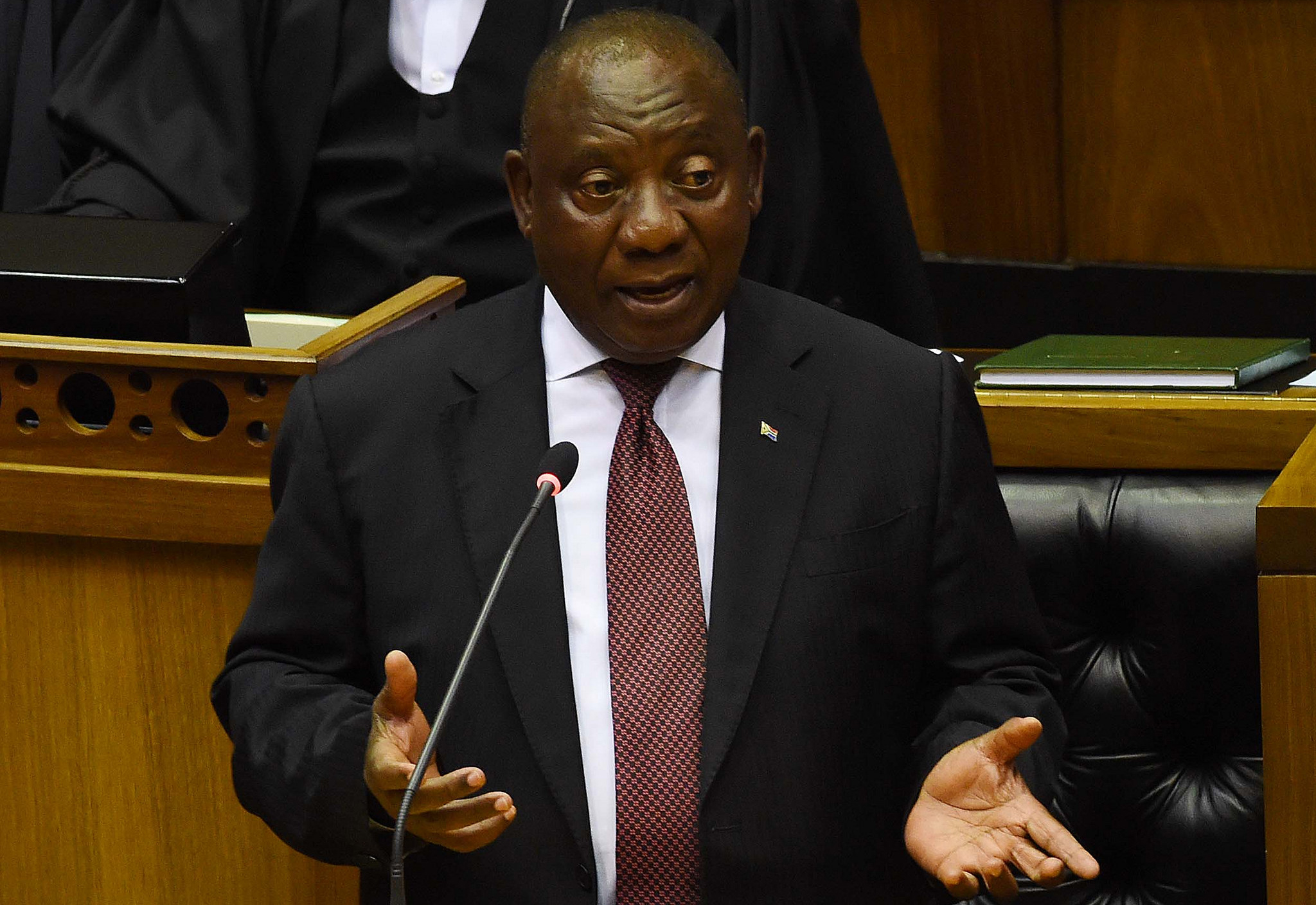 President Cyril Ramaphosa warned the issue of redistributing land would "implode" unless it was addressed quickly.

JOHANNESBURG - President Cyril Ramaphosa has expressed his sadness at the death of seven workers at Sibanye-Stillwater’s Driefontein mine near Carletonville on the West Rand in Gauteng.

The death toll at the mine has risen to seven following initial reports that four workers had died.

“As government and South Africans at large, our thoughts and prayers are with the families of the deceased workers, among whom are workers from neighbouring states, including Mozambique,” Ramaphosa said on Saturday.

“We also offer our best wishes to workers who have been directly or indirectly affected by this disaster, which should move the mining industry and government to jointly find ways to do all we can to protect our nation’s most valuable resource - the workers who are at the heart of our economy.

“We should spare no cost and no collaboration to ensure that workers are safe and their families are adequately cared for and compensated when disaster and tragedy strike,” Ramaphosa said.

He expressed the hope that the investigation into the Driefontein disaster would identify the causes of the incident and lead to solutions that would address the unacceptable rate of death in South African mines.

Earlier on Saturday, Sibanye-Stillwater said all 13 employees who were trapped underground after a seismic event at its Masakhane mine, Driefontein  had now been recovered by mine rescue personnel.

"Regrettably, the last three employees who were recovered passed away from their injuries, bringing the total number of fatalities as a result of the seismic event, to seven," Sibanye-Stillwater said in a statement.

The six employees who were successfully rescued were in a stable condition in hospital. The families of the employees had been contacted and were receiving necessary support and counselling.

"The board and management of Sibanye-Stillwater wishes to express its sincere condolences to friends and family of the deceased employees and those impacted by this tragic event. A thorough investigation by management and the department of mineral resources (DMR) and other stakeholders will be performed and all efforts will be made to ensure to prevent incidents of this nature occurring in future.

"We thank everyone involved in the rescue operations, especially the mine rescue teams and our own employees, who have worked tirelessly for the last two-and-a-half days to rescue our colleagues under extremely challenging conditions, Sibanye-Stillwater said.