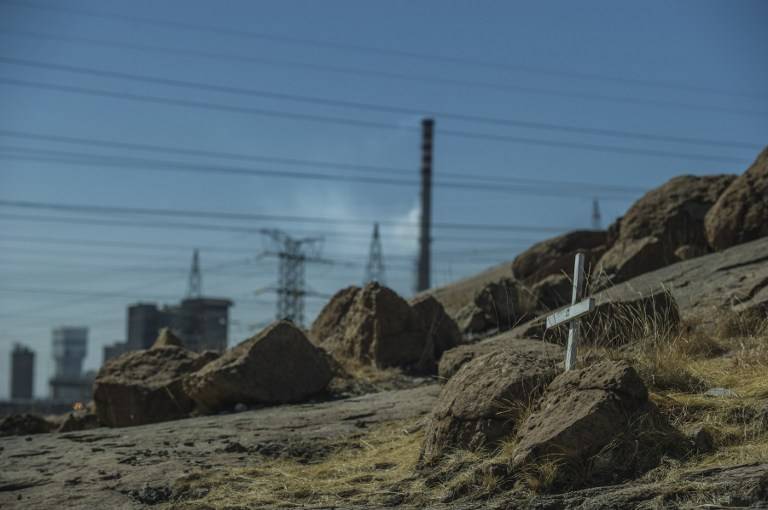 Johannesburg, 26 June 2017 - The Marikana massacre, which took place almost five years ago, exposed the poor living conditions of miners. It also put the spotlight on government to expand interventions to improve their lives.

JOHANNESBURG - Association of Mineworkers and Construction Union (Amcu) president Joseph Mathunjwa spoke with the widows of the people killed at Marikana who said they don't want Deputy President Cyril Ramaphosa to attend the commemoration of the tragedy.

Speaking at a press conference in Rosebank ahead of the fifth anniversary of the massacre Mathunjwa said that Amcu had spoken to the surviving family members of the men killed at Marikana.

The families. reportedly said they did not want the deputy president at the event.

"Yesterday we had a meeting with the widows & members and they have made it clear Cyril Ramaphosa is not welcome at the Koppie on the 16th" pic.twitter.com/kxasRK7q9e

It also put the spotlight on government interventions to improve their lives.

On 10 August 2012, thousands of Lonmin platinum mine workers downed tools when employers said they could not afford their demands for a “living wage” of R12,500 per month.

Employers described the strike as illegal but workers were unrelenting and the strike persisted.

During the lead up to the shooting on 16 August, there were reports of intimidation and assault between members of rival unions – the National Union of Mineworkers (NUM) and Amcu.

Ten people, including two policemen and two Lonmin security guards, were killed as violence escalated in the area.

Then on 16 August, police shot dead 34 striking mine workers at a koppie near Nkaneng. More than 70 others were injured.

Since the tragedy, the shacks have been electrified and water tanks have been placed nearby for communal use. Renting a shack costs about R500 a month.