Ramaphosa on the campaign trail 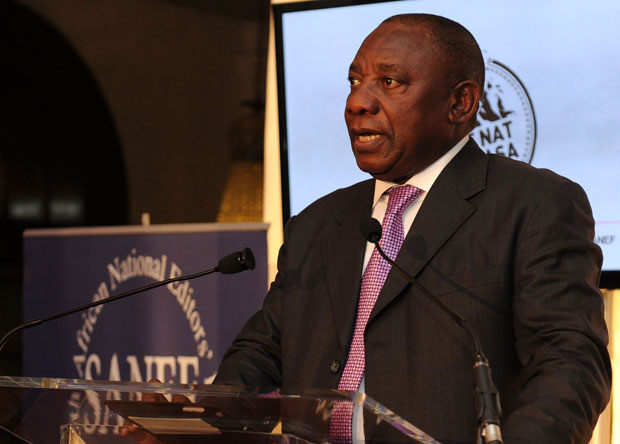 He was addressing an ANC mini rally in Nquthu in northern KwaZulu-Natal on Saturday.

Ramaphosa who received a warm welcome in Nquthu, has been on the campaign trail in the area ahead of the next month's by-election.

He visited various communities, telling them why they should trust the ruling party with their votes.

It seems residents agree, they believe the ANC will improve their lives.

"We are very positive that we will win so that people will get services," said one resident.

"Everyone is going to vote ANC especially those who received the social grants," said another.

Compared to the speeches he made recently, the deputy president toned it down on Saturday.

FULL SPEECH: Ramaphosa speaks on 'big elephant' in the ANC

He, however, warned candidates that their main focus should be to serve people and not to enrich themselves.

While addressing a community meeting, Ramaphosa said ANC councillors will be monitored on a regular basis.

He proceeded to address an ANC rally in the same area.

Ramaphosa said he’s positive the ANC will win these elections.

The ruling party says it will continue sending party heavyweights into Nquthu to campaign ahead of the by-election.