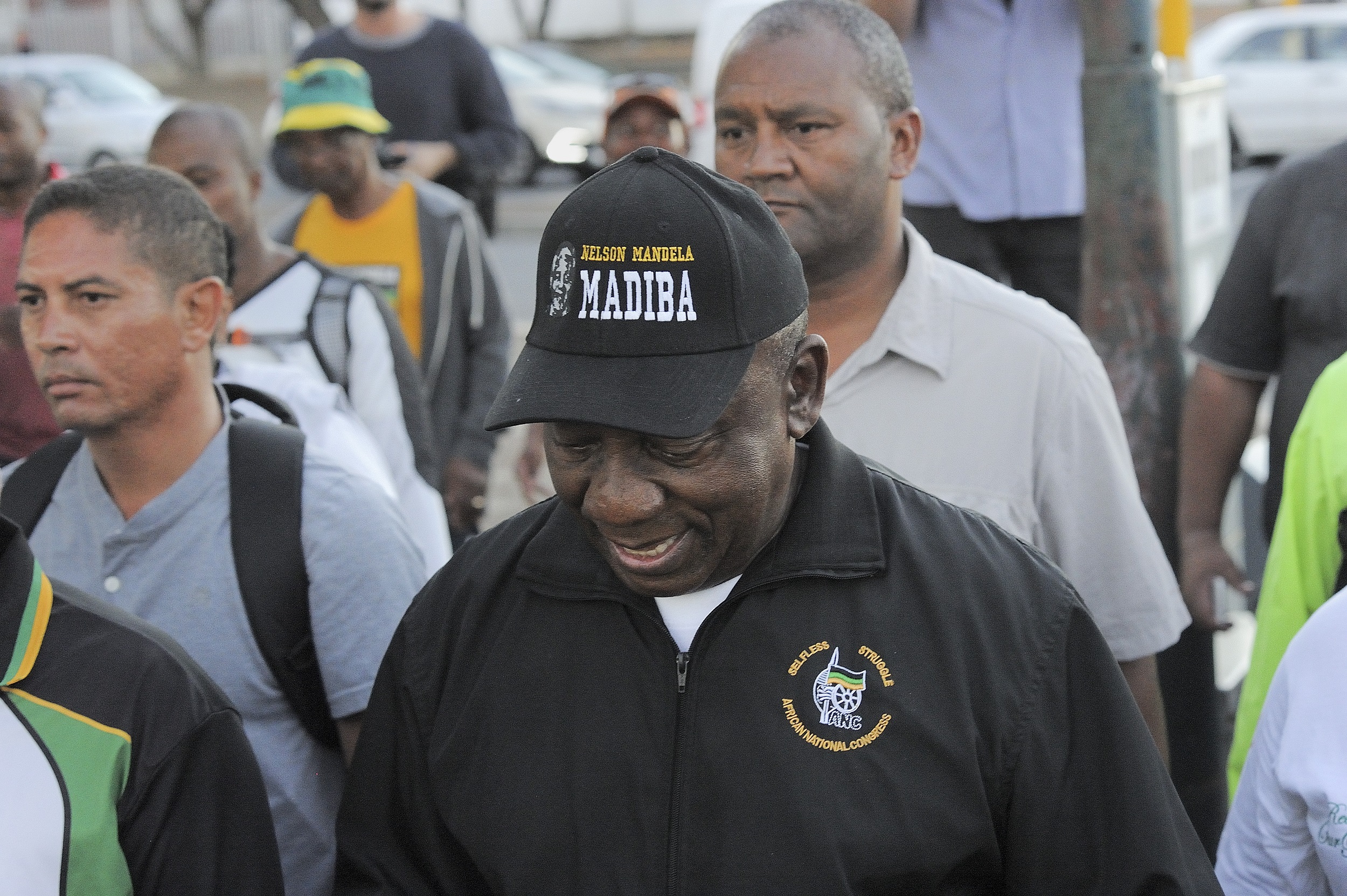 President Cyril Ramaphosa (C), flanked by members of the media and a group of joggers, walk from Guguletu township to Athlone Stadium.

The party is courting the public with a campaign named after the popular song by veteran musician Hugh Masekela, which Ramaphosa quoted from in his state of the nation address earlier this year.

The ANC is insisting the campaign is not part of electioneering, but simply fulfills its political mandate to deliver services to communities

READ: Ramaphosa has lots to say about Mbalula, elections

Ekurhuleni is the only Gauteng metro the ANC managed to secure in the 2016 local government elections.