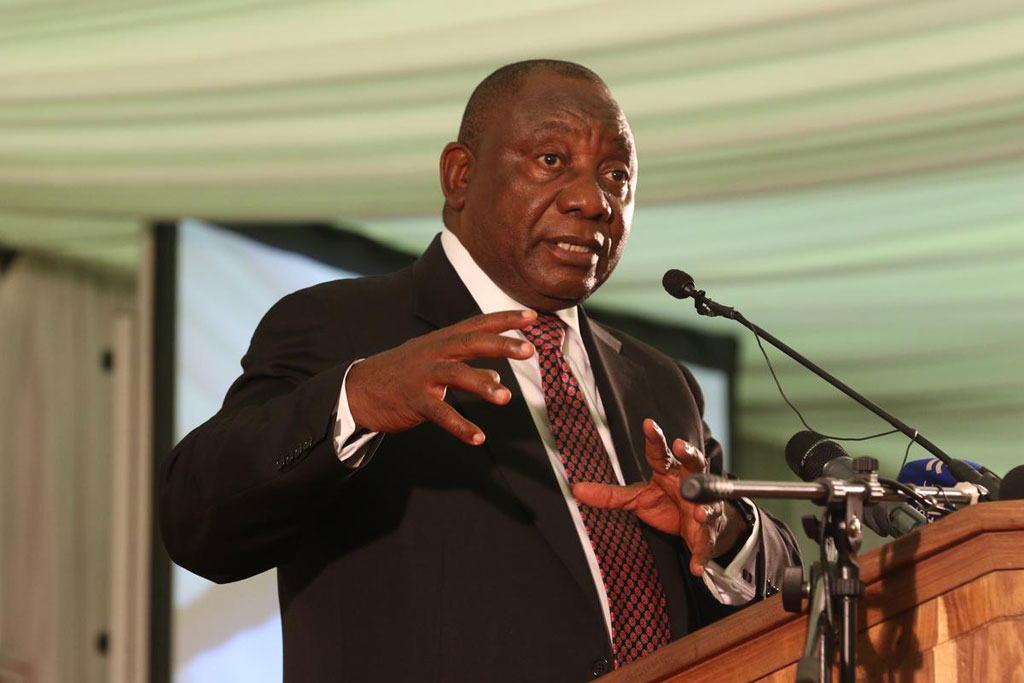 Ramaphosa is the patron of the Moral Regeneration Movement aimed at instilling high moral values in South African society, especially the youth, and as part of contributing to social cohesion and the building of a peaceful, non-racial, non-sexist democratic society,according to Ramaphosa's spokesman, Ronnie Mamoepa, said.

“The Christian church and indeed the entire religious formations of our country have and continue to play a major role in efforts aimed at the reconstruction and development of the soul of our South African society and thus assist in laying a firm foundation for a caring society and the creation of a better life for all South Africans,” he said.

“We believe that only working by jointly and collectively with various sectors of our society, including religious formations, can we tackle the social ills that are currently afflicting our society. Indeed, as South Africa our history is replete with examples of how in acting in unison and collectively we have been able to tackle and triumph over issues that may have appeared intractable.

“As deputy president, Ramaphosa joins the ZCC prayer service. His thoughts and prayers will reach out to all other denominations across the country that will equally be joined in spirit in celebrating Easter Sunday.”

Ramaphosa would take the opportunity to remind those who would be returning home following the Easter holidays to drive carefully, co-operate with the law-enforcement agencies, observe the rules of the road, and ensure they arrived alive, Mamoepa said.

Minister in the Presidency Jeff Radebe will also attend the service.

Minister in the presidency Jeff Radebe will also be joining ZCC congregation in Moria on invitation. #sabcnews pic.twitter.com/dEjcORPzhH