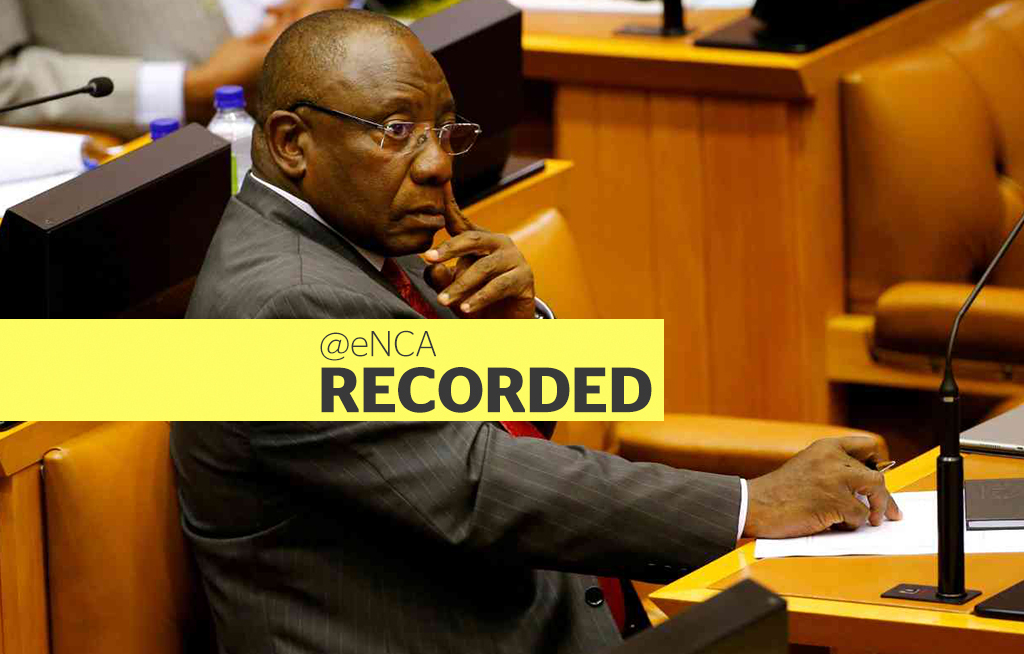 President Cyril Ramaphosa will reply to the State of the Nation Address debate by opposition parties. They will be will be listening out for the details to the plan he presented during the speech.

* Editor&39;s note: This live event has ended. You may watch a recording above.

CAPE TOWN – President Cyril Ramaphosa on Tuesday said expropriation without compensation was the only way to resolve the land issue in South Africa.

He made the comments while delivering answers on the State of the Nation Address (SONA) debate in Parliament, Cape Town.

Members of Parliament (MPs) on Monday unpacked his maiden SONA speech, which he delivered on Friday night.

A recurring question from the opposition is how the government plans to deal with expropriation of land without compensation, while the Democratic Alliance (DA) wanted to know how and when Ramaphosa would deal with the size of his Cabinet.

DA leader Mmusi Maimane on Monday suggested that expropriating land without compensation is a conflict with a flourishing economy.

In his response on the issue, Ramaphosa said: "The taking of land from the indigenous people of this country was the original sin...”

“We are called on to heal the divisions and the pain of our past and this is a collective task,” the president said. “It’s not the task of the ANC alone, it&39;s our task as a nation... Yes, [EFF leader Julius] Malema, it is your task as it is mine. Maimane - it is your task as much as mine. It will heal the divisions of our past, whether we like it or not that pain persists... I met a man who said he was moved from District Six to Athlone and that is a pain we must address - a division we must heal."

"It is entirely possible to cut our Executive down to 15 ministries." - @MmusiMaimane

Ramaphosa says an announcement on the size of Cabinet will take months and will be made public once consultations are done.

He also said that a Cabinet reshuffle will be done in the best interest of South Africans and at the right time.

Ramaphosa added lifestyle audits would be conducted on all public representatives, including top police officers.

"We must be prepared as government to acknowledge that where we have failed our people as a government. Where we have made mistakes, we will take steps to correct those mistakes," Ramaphosa said in response to Shivambu&39;s request.