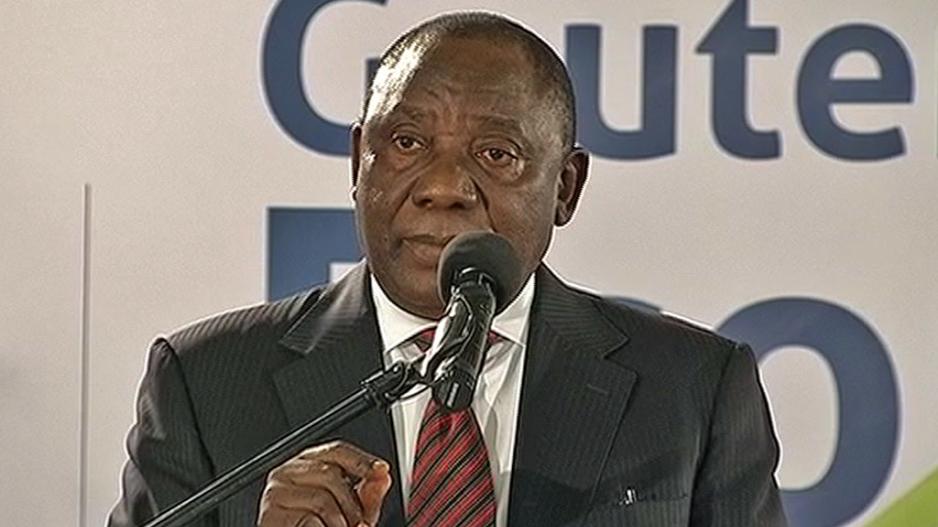 Deputy President Cyril Ramaphosa was speaking at the opening of the Gauteng Economic Indaba when he said the drop in GDP highlights the need for decisive action to tackle the country's economic challenges.

* For your full guide to the 2016 municipal elections, click here

He began his speech by highlighting the struggles faced by young people today.

"It is estimated that nearly 2,000 girls and young women between the ages of 15 and 24 get infected by HIV in this country each week...in any age or gender category," Ramaphosa said.

"These challenges include the high number of new HIV infections among adolescent girls and young women, high rates of teenage pregnancy, poor retention of learners in high schools, high rates of sexual and gender based violence, and high rates of youth employment," he continued.

Ramaphosa says everyone needs to change their behaviour in order to stop the spread of HIV and singled out the culture of sugar-daddies and "blessers".

"The campaign seeks to build the confidence of women, build their resilience and unlock their strength and worth. The achievement of an AIDS-free generation requires a fundamental change in sexual behaviour. This campaign will therefore reach out to men. Even the blessees and the sugar daddy’s and the Mavuso&39;s this campaign is aimed at them. Phansi ngo Blesser phansi, Phansi ngo sugar daddy phansi." he exhorted.