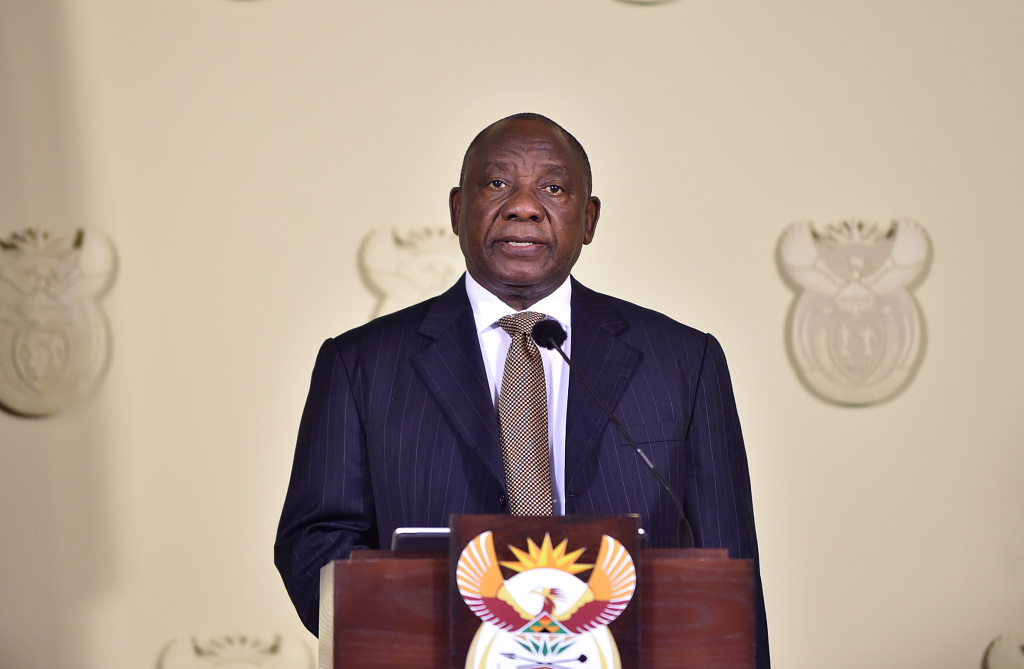 "Tonight we saw the fatal compromise Cyril Ramaphosa made at Nasrec exposed for all to see, as David Mabuza will be sworn in as the deputy president of South Africa," DA leader Mmusi Maimane said.

"Ramaphosa’s decision to side with scandal-ridden Mabuza undermines the integrity of his stated commitment  to fight corruption and rebuild from the tatters of the Zuma decade. There is no doubt that David Mabuza is unfit to be the deputy president of South Africa. During his two decades in office, he has been at the centre of a string of controversies -- ranging from blatant corruption to violent thuggery.

"His appointment as deputy president is a danger to our country, and flies in the face of Ramaphosa’s commitment to “turn the tide of corruption in our public institutions”.

Maimane said that Ramaphosa’s new cabinet illustrated that the problem in South Africa lay with the ANC itself and the ministers who make up Ramaphosa’s "compromised and partially captured cabinet" show that "it’s about the ANC and connected cadres first, and the interests of South Africa second".

"The cabinet remains filled with compromised ministers, Gupta loyalists, and corruption accused... The decision to retain the bloated, oversized cabinet means Ramaphosa has failed to seize this first opportunity to cut the size of cabinet. We should not have to wait for a review study to cut the waste," he said.

"The appointment of Pravin Gordhan as minister of public enterprises is a sound one, and we do hope he will lead the charge in rooting out the rot within our State-Owned Entities (SOEs). Nhlanhla Nene’s return as finance minister must be welcomed. Nene’s first action as finance minister must be to reverse the increase in VAT and transport levies, and introduce a range of spending cuts to plug the deficit in our public finances."

Meanwhile, the Economic Freedom Fighters (EFF) said it rejected the Cabinet reshuffle and said that Ramaphosa " bowed to factional pressure in the ANC proving that he is presiding over a kleptocratic collective that cannot be saved".

"We view it as a mere realignment of corrupt and state capture delinquent ministers. No one, with the best interests of South Africa today, could have Malusi Gigaba, Nomvula Mokonyane, Bathabile Dlamini as cabinet members and ministers. Bathabile Dlamini has essentially been rewarded with a promotion into the presidency regardless of the fact that she nearly collapsed the social grants system for the poor," spokesperson Mbuyiseni Ndlozi said.

"Above all is Gigaba, whose state capture crimes come close to treason as he facilitated the handing over of state institutions to a foreign nationals in the form of the Guptas. To keep such characters in the cabinet is a direct rejection of the constitutional order; Gigaba lied under oath, in a court of law."

Ndlozi said the EFF called on South Africans to reject the entire ANC and vote it all out in the 2019 national elections.

He said the party had warned that Ramaphosa was only interested in "careerism, and has no demonstrable history of integrity and fighting corruption".

"His inability to dispense with individuals implicated in corruption is evidence that no one can save ANC from corruption. It is entangled for good."

"Nevertheless, we welcome changes in finance; the appointment of Nhlanhla Nene is a reaffirmation of confidence in black and African leadership."

Late on Monday night, Ramaphosa announced a raft of changes, including the axing of ministers like Lynne Brown from the public enterprises portfolio, mining minister Mosebenzi Zwane and Fikile Mbalula as minister of police.

He further announced the surprised retention of the likes of Malusi Gigaba and Bathabile Dlamini who had widely been expected to receive the axe. Gigaba was moved from the finance portfolio to his previous posting at home affairs, while Dlamini was shifted from social development to the ministry in the presidency responsible for women.

The cabinet changes are as follows:

Ramaphosa also announced that pending the completion of their swearing-in as Members of the National Assembly, he intend to appoint Mabuza as deputy State president, as well as: