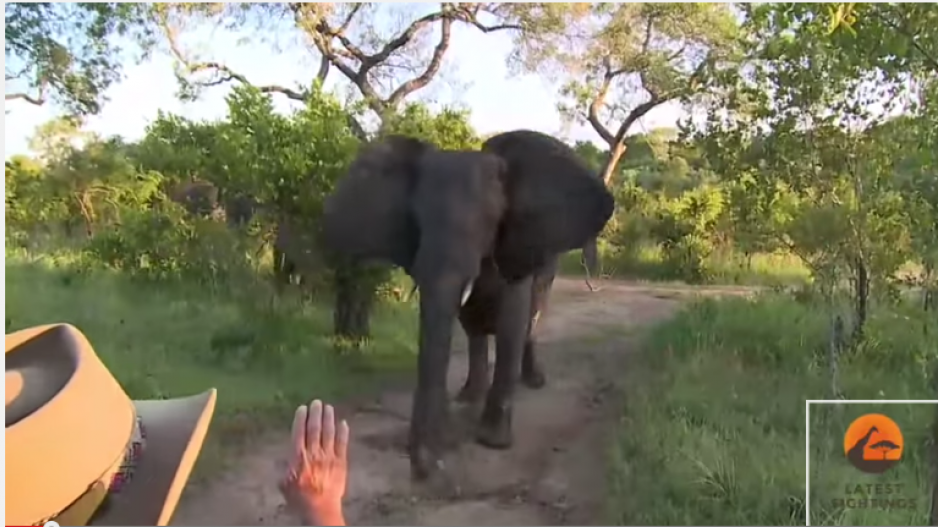 19 January 2015 - An already agitated older female elephant does not want to be viewed by the WildEarth live safari team so she charges the vehicle and causes damage to it and scares the crap out of Marc & Jason though luckily they were unharmed.

JOHANNESBURG - With thousands of people watching a live streaming safari in the Sabi Sands in the Greater Kruger, two game rangers had a frightening encounter with a raging elephant cow on Thursday.

Charging at their open safari vehicle, the elephant effortlessly stabs her tusks into the Land Rover and pushes the vehicle at least 30cm.

The shaken guide, who later tells the camera he’s “only ever” encountered an elephant charge once before, gets up close and personal with the enraged cow, as her tusk slips in a mere few centimeters from his hip.

* Watch the Youtube video clip of the action, in the gallery above.