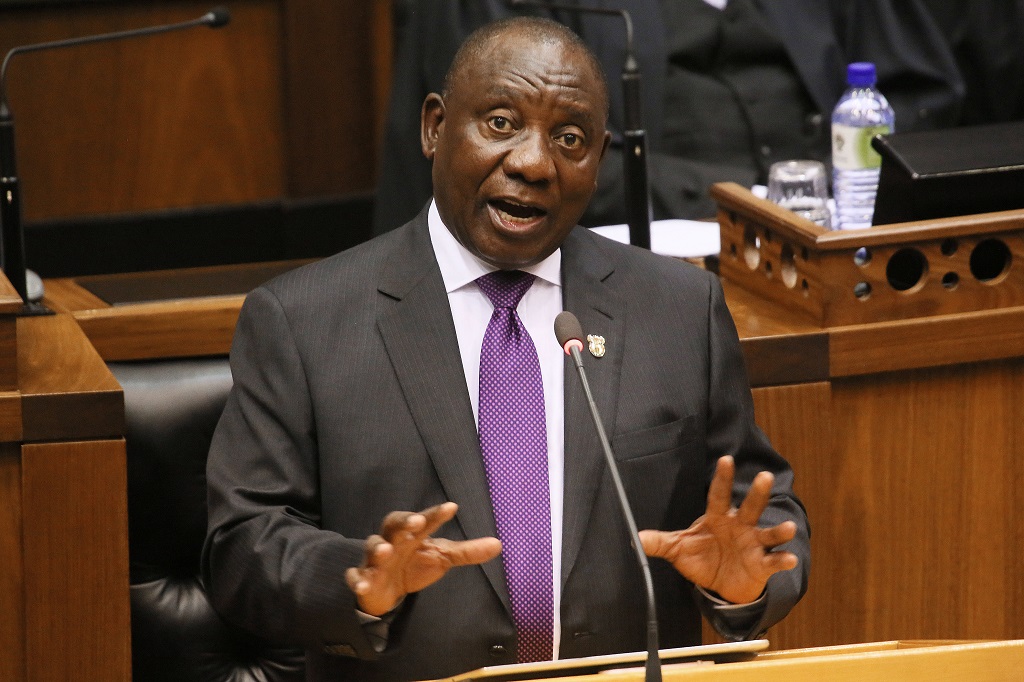 President Cyril Ramaphosa delivers the State of the Nation Address in Parliament, Cape Town on 16 February 2018.

CAPE TOWN - President Cyril Ramaphosa kicked off his first State of the Nation Address (SONA) on Friday by praising his predecessor.

Ramaphosa, who was sworn in just a night before, said Jacob Zuma had faced the end of his term with dignity.

"I wish to thank honourable members for their patience ... I also wish to extend a word of thanks to [former] president Jacob Zuma."

The words were met with applause and jeers from members of Parliament.

Ramaphosa said he had spoken to Zuma on Thursday and they had exchanged wonderful pleasantries.

He said Zuma had wished them well for the holding of SONA.

State of the Nation Address by the President of the Republic of South Africa by eNCA.com on Scribd