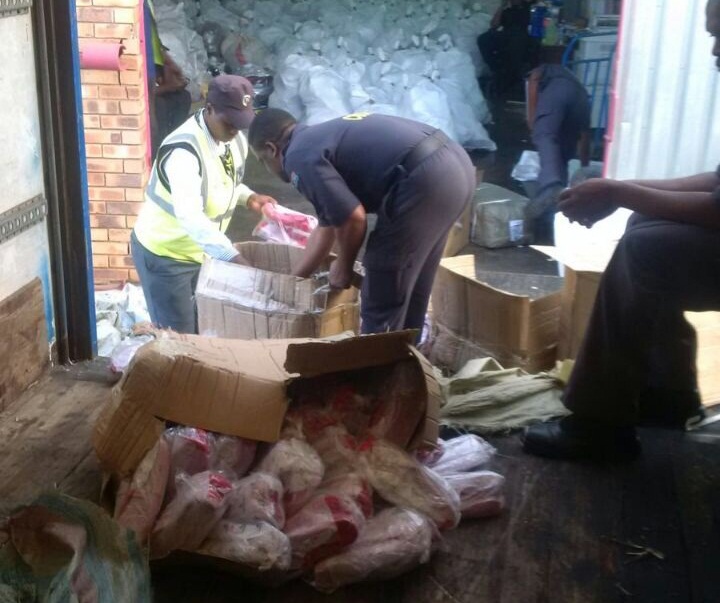 An image taken at the scene where SARS officials confiscated over R11 million worth of undeclared sneakers on the Lebombo border on 9 July 2015.

PRETORIA - Customs officials confiscated undeclared sneakers with an estimated street value of R11.3 million at the Lebombo border post in Limpopo on Thursday.

SARS said this is the largest bust, with the highest value ever, seized at Lebombo.

Approximately 14 167 pairs of branded sneakers, potentially counterfeit, destined for the South African market from Mozambique were discovered by customs officials, when they stopped a truck in the cargo bypass area.

Documentation handed over by the driver indicated that the truck and its trailer were empty.

After questioning the truck driver, customs officials discovered that the truck and its trailer contained boxes of sneakers which had not been declared.

The vehicle was detained for further inspection in which 2948 pairs of Nike, 920 pairs of Puma, 3415 pairs of Adidas and 6884 pairs of All Stars were discovered.

The truck was also detained to determine if it is liable for forfeiture.

A case has been opened with the South African Police Services for further investigation.