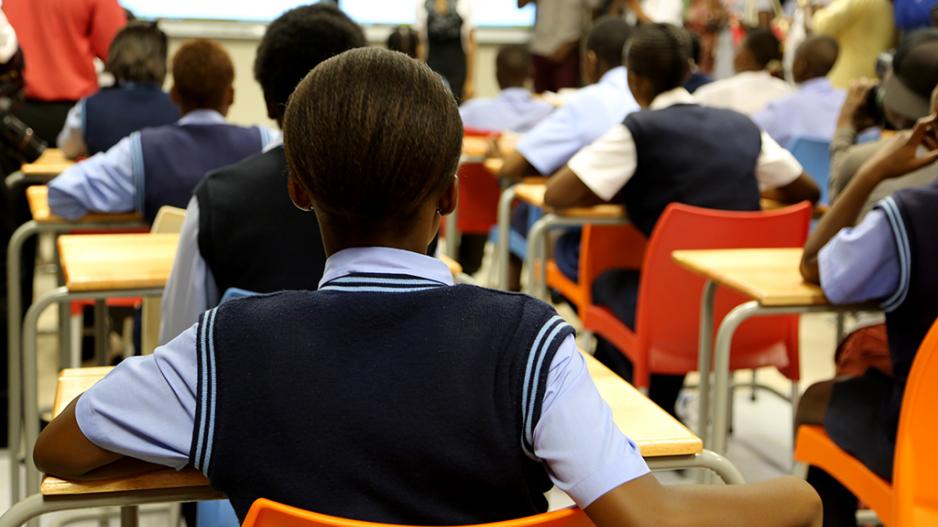 A learner in a classroom at Boitumelong Secondary School in Tembisa on 13 January 2015.

PRETORIA - South Africa is facing a mass exodus of teachers.

This is due to rumours that have been circulating in the public sector for months, according to the Government Pensions Administration Agency (GPAA).

“We see many people resign because they allege they did not want to lose their lump sum. There is a rumour circulating that come the 1st of March 2015, GPF (government pension fund) members will no longer be entitled to a lump sum benefit,” GPAA Acting COO Jay Morar said.

“I categorically dismiss this assertion or rumour as being a total lie. Nothing is further from the truth, all members of the GPF will still be entitled to lump sums when they resign no matter what the date is.”

Government was due to introduce pension fund reforms in March 2015 but that has now been postponed to next year pending further discussions at the National Economic Development and Labour Council (Nedlac).

But Morar told a media briefing in Pretoria on Tuesday that the proposed policy improvements would not affect government pension fund members.

“I would like to reassure GPF members that they would be able to access their pensions after the 1st of March 2015 in exactly the same manner they have been accessing it currently, in line with the law. None of the calculations and benefits have changed,” said Morar.

However, teachers continue to abandon classes, opting for early retirement and the South African Democratic Teachers’ Union (Sadtu) admits that schools are facing a crisis.

He added that barely a month into the 2015 academic year, the North West has already lost 600 teachers.

“The situation is very dire because what is happening is that last year 2014 we have lost about 14,000 teachers. At the beginning of 2015 we are seeing again many of our teachers resigning. In some of the schools that we have visited at the beginning of the year the principals were complaining that they have lost about 17 in one school and 14 in another school,” said Maluleke.

The GPAA said those that are resigning are nearing their retirement age, a trend that has been escalating in recent months.

“We saw a steady growth from about May last year all the way through to about November last year when the highest number of resignations were around 4,600 in that particular month when we actually physically paid 4,600 resignations for a month,” said Morar.

In what seems to be a race against time, officials are now working to convince teachers to remain in their classrooms as their pensions are not in jeopardy.

“We picked up a pattern that there were some resignations that were coming through as a result of the information that people had received but since we worked together with the relevant agencies in government and other departments we have since been able to reduce the number of enquiries and also reduce the number of teachers that were resigning,” said Basic Education spokesperson Elijah Mhlanga.

The agency says millions worth of retirement benefits are still unclaimed.

“The total amount of unclaimed benefits as of December 2014 is approximately R406-million – translating to approximately 70,000 individual members,” said Morar.

He said factors like incorrect bank details, incomplete documents from both employers and employees as well as untraceable relatives have contributed to the problem.

Morar added that majority of cases are in KwaZulu-Natal, with most comprising of poor and previously disadvantaged categories of people.

But he said the agency is now tracking beneficiaries to ensure the funds reach the intended people.

“We have approached the Department of Home Affairs and credit bureaus to assist us in tracing of these beneficiaries and in addition we have embarked on tracing initiatives in which we have engaged the services of a tracing company.”