Recycling the only solution to South Africa's landfill shortage 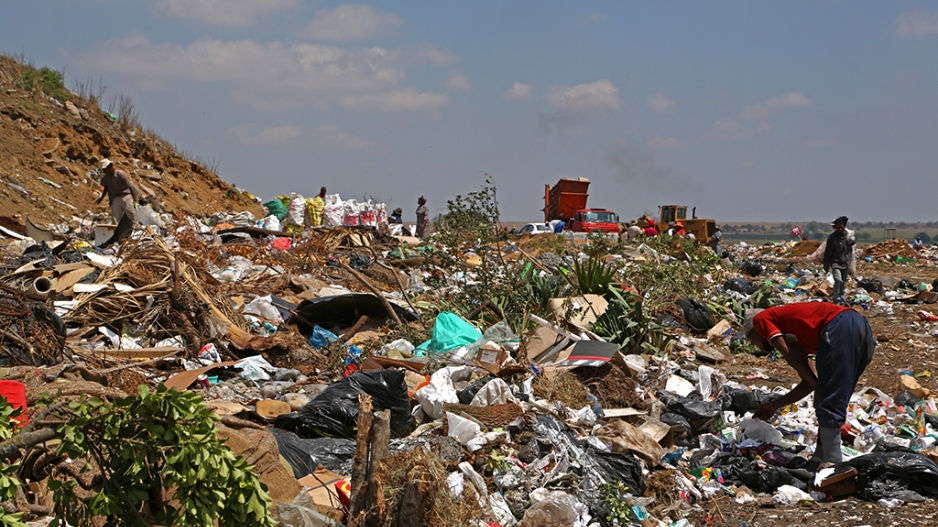 Waste pickers sort through rubbish on a landfill in Sasolburg, October 2013.

The National Waste Management Strategy developed by the Department of Environmental Affairs is aiming to ensure all metropolitan municipalities, secondary cities and large towns have initiated separation-at-source programmes by 2016.

Despite the fact that South Africa committed itself to the Polokwane Declaration, signed in 2001, to say that by 2022 there will be a 75% diversion of recyclable materials from landfills, Waste Campaign Manager at groundWorkSA, Musa Chamane, says not enough awareness about recycling is created.

“Waste should not be thrown into dustbins anymore without being segregated. If households and businesses could segregate their waste, waste pickers will be able to get more for their recyclables, as they will not be dirty.”

“If people are not educated and waste pickers not given space to operate recycling facilities, the goal of the Polokwane Declaration will not be met, said Chamane.”

Besides reducing the amount of waste sent to landfills, there are a number of other benefits of recycling.

Fresh potable groundwater is at risk of leachate pollution if more landfills are built. The mix of chemicals thrown into landfills, plus the chemicals that are produced when garbage breaks down into a noxious mixture known as leachate, creates huge amounts of pollution.

For South Africa’s waste pickers, rubbish trucks are just like cash-in-transit vans filled with money.
According to the South African Waste Pickers’ Association, there are about 60,000 waste pickers in the country who are unemployed but make a living from recycling.

Less energy is needed to reuse a glass bottle rather than to make it again.
Making aluminium cans from old ones uses one 12th of the energy to produce them from raw materials.

“Government needs to implement and regulate waste management in a responsible manner otherwise they are not fulfilling their constitutional mandate to ensure that everyone has an environment that is not harmful to their health and well-being,” Chamane told eNCA.com.