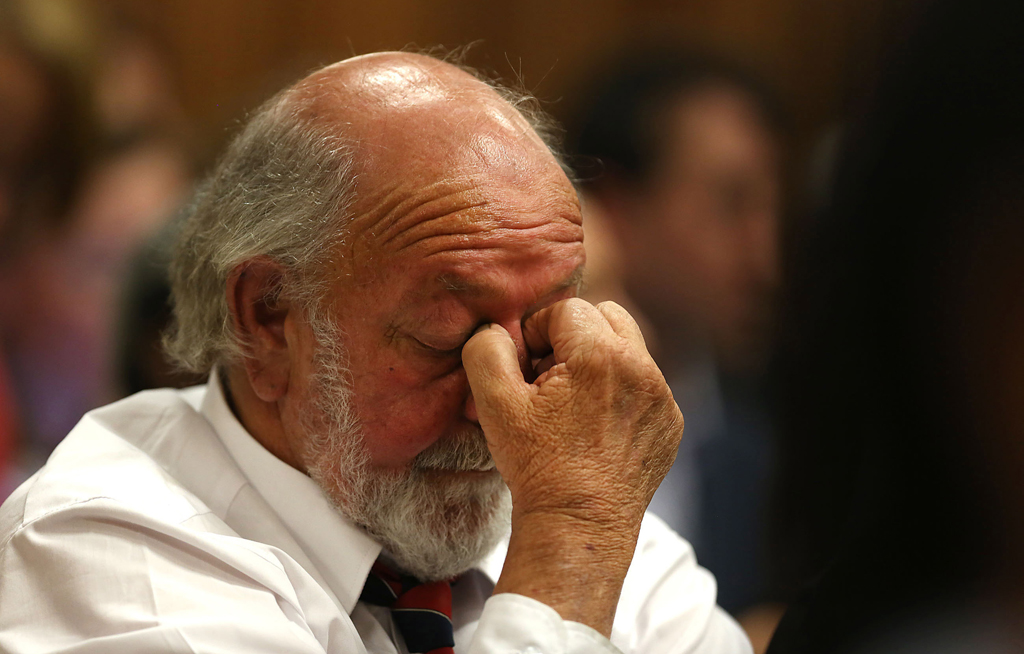 JOHANNESBURG - The father of Oscar Pistorius&39;s girlfriend said in an interview on Sunday that he wants to meet the Paralympic athlete to seek closure over the killing of his daughter.

Pistorius was released last week after a year in prison for shooting dead Reeva Steenkamp through a locked toilet door in their bedroom in the early hours of Valentine&39;s Day 2013.

"I think I will get more closure one day if I get the chance to speak to Oscar myself," Reeva&39;s father Barry Steenkamp told South Africa&39;s M-Net TV channel.

"Most probably I wouldn&39;t have to say anything. I will just have to look at him... but that is what I would like to do one day."

Pistorius will serve the rest of his five-year sentence for culpable homicide -- a charge equivalent to manslaughter -- under house arrest.

During his six-month trial, he said he shot Steenkamp, a model and law graduate, with a pistol he kept under his bed because he mistook her for an intruder.

Pistorius&39;s parole conditions have not been publicly revealed, but they are reported to compel him to meet with Steenkamp&39;s parents if they wish.

"How could I feel sorry for him?" Barry Steenkamp said, choking with tears as he spoke at the family home near Port Elizabeth where he trains racehorses.

"I just thought to myself -- man, you brought this on yourself and you have been very lucky with the sentence."

Pistorius faces a further test at the Supreme Court on November 3 when prosecutors will appeal for a murder conviction and a tougher sentence that could see him jailed for at least 15 years.

"Once that has all come to an end it will give us time to settle down," Barry Steenkamp said about the state appeal.

"It will give a lot of us closure, whether it is good or bad."

Pistorius, a double-amputee sprinter who competed in the London 2012 Olympics, was released in secret on Monday to avoid media attention and is now living at his uncle&39;s house in Pretoria.

Reeva&39;s mother June said she wanted him to understand "how he has destroyed our lives."

"I would just want him to realise actually what he has taken away from us," she said.

June Steenkamp plans to launch a charity next year named after her daughter to campaign against violence against women.