Reeva's parents say they want to focus on her memory 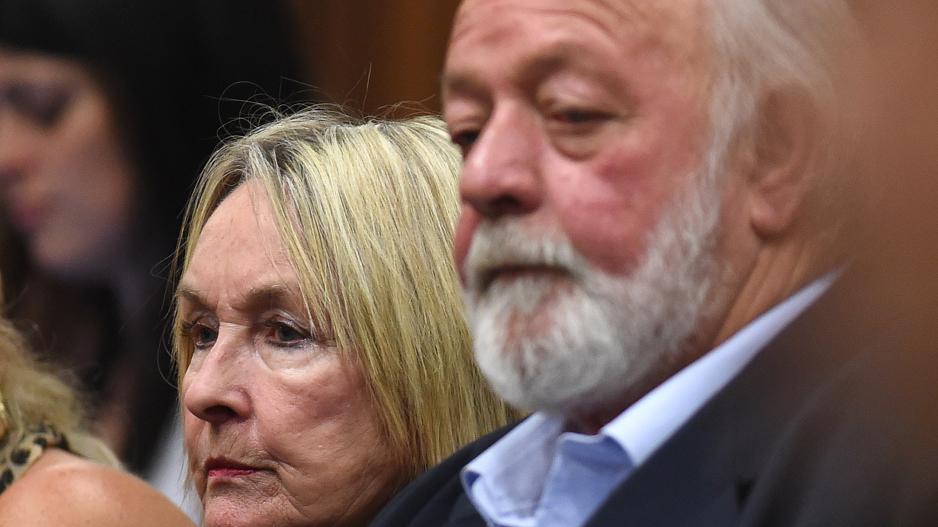 Barry and June Steenkamp, parents of Reeva Steenkamp, listen as judgment is handed down in the murder trial of Oscar Pistorius at the High Court in Pretoria on Thursday, 11 September 2014

JOHANNESBURG -The parents of Reeva Steenkamp, the young woman whom paralympic athlete Oscar Pistorius shot dead in his home two years ago, said on Monday they were still coming to terms with her death.

“We are still struggling with coming to terms with losing our precious daughter Reeva and her loss is felt even more this week as we would have celebrated her 32nd birthday on 19 August,” her parents June and Barry Steenkamp said.

“As a family we want to continue to honour Reeva’s memory and will commemorate her birthday by focusing on the Reeva Rebecca Steenkamp Foundation, celebrating her life, what she stood for and the joy she brought into so many lives.”

Model and law graduate Steenkamp was shot dead through the locked bathroom of Pistorius’ Pretoria home on Valentine’s Day 2013. He was convicted of culpable homicide.

June and Barry Steenkamp released a statement through their lawyers on Monday.

The couple said they appreciated the interest shown by the media and the public and thanked people for the “many lovely messages” they had received.

However, they said they would not be granting interviews at this time.

Pistorius testified that he accidentally shot dead Steenkamp through a locked bathroom door.

Pistorius was sentenced to five years in jail by Judge Thokozile Masipa on October 21 last year in the High Court in Pretoria.

During the trial Pistorius testified that he accidentally shot dead his girlfriend Steenkamp through a locked bathroom door at his Pretoria home, thinking she was an intruder.

He was sentenced to five years for culpable homicide, and three years suspended for five years for discharging a firearm at Tasha’s restaurant in Sandton, Johannesburg, in January 2013.

Pistorius is set to be released from prison in Pretoria on Friday, having served 10 months of his five-year sentence.

However, also on Monday, the State filed papers with the Supreme Court of Appeal in Bloemfontein to appeal the judgment and sentence.

The State is asking the Supreme Court of Appeal to substitute the conviction of culpable homicide with one of murder. This will mean that, if the appeal is successful, Pistorius’s sentence will be substituted with a much heavier one of at least 15 years in prison.