Remove Paul Kruger statue within 7 days, or else: EFF 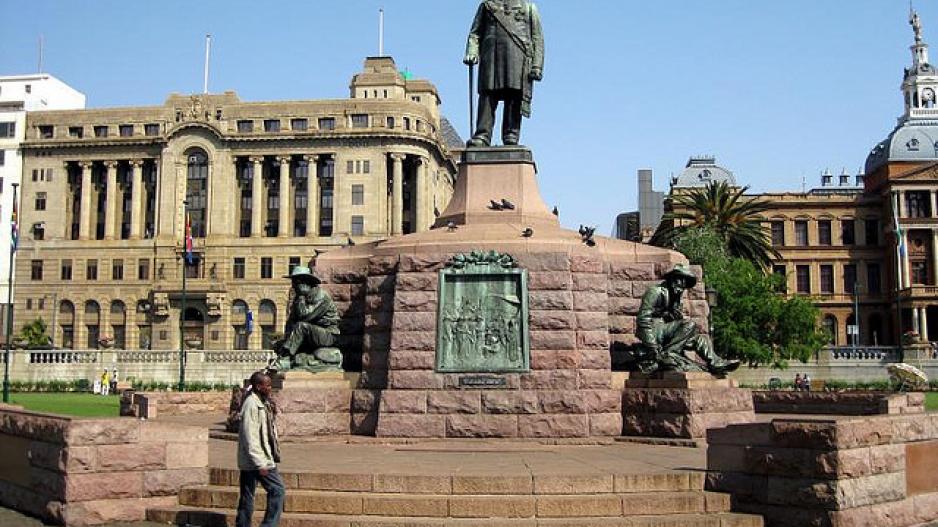 The Economic Freedom Fighters (EFF) has called for the removal of Paul Kruger's statute in Pretoria, vowing to destroy what it has described as symbols of white supremacy and apartheid.

PRETORIA – The EFF has given the Tshwane municipality an ultimatum: remove the Paul Kruger statue from Church Square in central Pretoria, or else.

“(Tshwane mayor Kgosientso) Ramokgopa must understand that this statue is frustrating our people everyday. Our people don’t have jobs and they relax in this park,” said EFF Tshwane chairperson Benjamin Disoloane, pictured.

“When they look at this statue of Paul Kruger, it frustrates them. We are offering to remove the statue because the city doesn’t have the budget.

“We are offering manpower and trucks for free. We are here to show that we are willing to assist by removing this statue as soon as possible,” said Disoloane.

He said the consultation processes mooted by the Tshwane municipality on the statue would be time-consuming and expensive.

“We are giving them seven days to remove this statue,” said Disoloane.

If the statue is not removed, Disoloane said “when we get there, we will explain”.

Numerous Tshwane metro police officers and the police tactical response team were stationed in the Church Square. The giant statue had been cordoned off using barbed wire. Two police Nyalas were also in the park.

The Kruger statue, including the two of the four sentries around it, was cleaned this week after it had been defaced with lime-green paint. – ANA