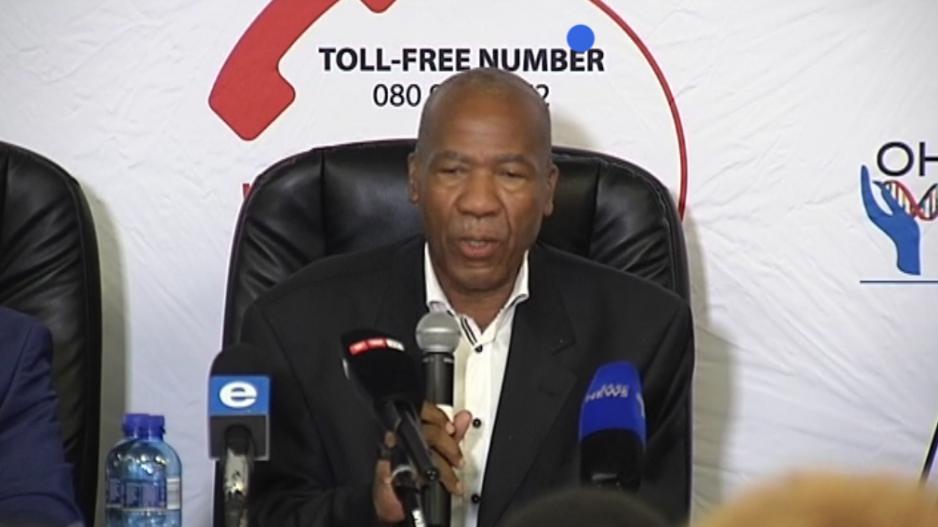 Life Esidimeni report due for release

PRETORIA – Close to a hundred people have died as a result of being moved from the Life Esidimeni hospital to various NGOs, the Health Ombudsman Professor Malegapuru Makgoba has found.

Makgoba released his report into the patients' deaths on Wednesday and said the number could be greater because more people were coming forward with information.

"This is a provisional number... because there are other agencies investigating this process like the SAPS. There are corpses still in mortuaries yet to be indentified," Makgoba told reporters and families attending the briefing.

He said only one person died from a mental illness.

"When you read the report it says somebody dies of natural causes, it puts your mind at ease. When you go and investigate and you find that actually somebody went to sleep the previous night in a place that is supposed to care for them and they are found to be dead the following day."

Makgoba: Some executions have shown total disregard of the rights of patients and families #LifeEsidimeni

The report also found that all of the NGOs where patients were transferred were all operating illegally.

Life Esidimeni had been contracted to the Gauteng government for nearly 40 years, but Health MEC Qedani Mahlangu terminated that contract, citing costs.

"All the 27 NGOs have been found to be operating under invalid licences. What I am saying is that the Gauteng Health Department took patients from a licensed institution and handed them over to unlicensed facilities," Makgoba said.

The ombud recommended that some senior officials within Gauteng Health be placed on suspension pending investigations into their fitness for office.

"I've also made a recommendation .... that perhaps the Premier of the Gauteng Province must, in the light of these very serious findings, consider the suitability of the MEC for health, MEC Mahlangu to continue in her current role as MEC."

Esidimeni Report by eNCA.com on Scribd