WATCH: The sermon that enraged Somizi 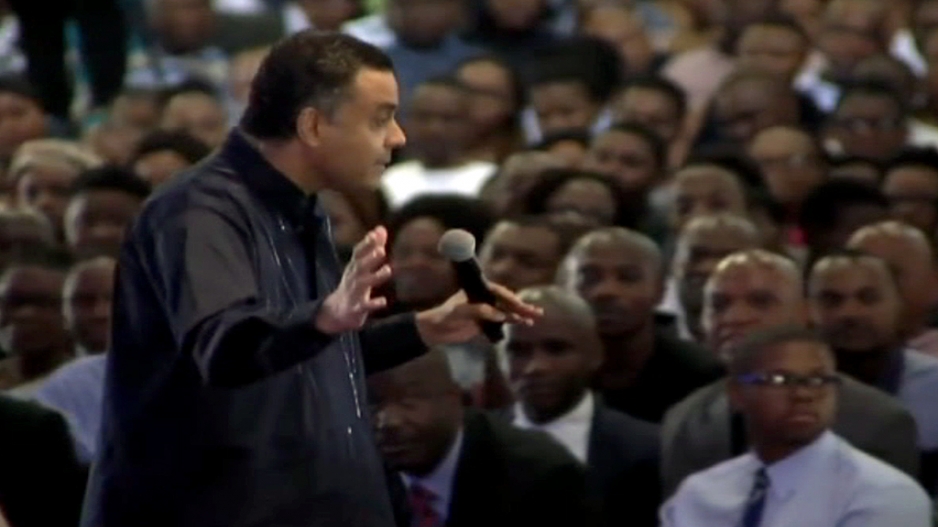 Johannesburg, 23 January 20167 - A sermon delivered at Grace Bible Church in Soweto on Sunday has caused a social media storm. Comments made by visiting Bishop Dag Heward-Mills prompted television personality Somizi Mhlongo to walk out of the church.?

JOHANNESBURG - Reverend Ezekiel Mathole of the Grace Bible Church in Soweto says TV personality Somizi Mhlongo was well within his rights to walk out of a sermon he found homophobic.

But Mathole maintains his church doesn’t discriminate against gay people.

“The only thing we want to say as a church is we don’t discriminate against gay people, and we will never do, and we have never done that."

Mathole said not only gay people had been offended by visiting Ghanian Bishop Dag Heward-Mills's preaching.

"That was not the only thing that he was talking about. There’s other people who are smokers who were offended because he also referred to a lot of lifestyle issues. A lot of people who are having multiple partners were very offended.

"So he was dealing with a lot of things in terms of addressing the issues of the value of the soul. And I think from it we have received different responses in terms of those who felt provoked or offended."

Mhlongo posted a video on Instagram after leaving the church explaining how offended he had been when Heward-Mills had called homosexuality 'unnatural'.

“This is who I am. I am a gay man," asserted Mhlongo. "Get it straight into your skull. My soul is all right with my God. Let me deal with my God and my soul."

The Grace Bible Church was trending on Twitter on Monday morning.

Nothing tires me more than people using religion to excuse their intolerance for homosexuality. #Gracebiblechurch

There is a young boy who is confused about his sexuality, praying for acceptance and love. Such sermons gives him no hope #GraceBibleChurch

But many defended the church.

Christianity is not about what's popular or legal - it's about God's rule. GBC will live on! #gracebiblechurch

#GraceBibleChurch I commend you for preaching what's scriptural! People, however, will always wanna hear sermons that tickle their ears! --

#GraceBibleChurch so even Murderers should dictate Churches to not preaching that killing is a sin. Somizi must just sit down.

Reverend Mathole explain the bishop's comments as being part of a debate.

"And we must openly debate those things. And I think that’s the spirit of the whole thing. There is a view, there is a perspective that was delved on and people responded to it. And I think we welcome that,” he said.