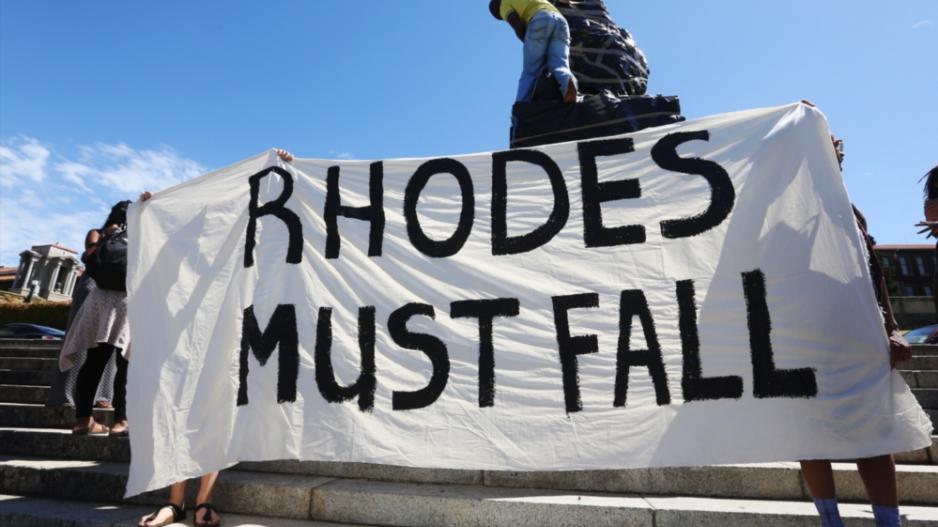 Students protest near the statue of British colonialist Cecil John Rhodes at University of Cape Town on March 18, 2015 in Cape Town, South Africa.

JOHANNESBURG - UCT&39;s Senate on Friday voted in favour of the removal of Cecil Rhodes&39; statue from its campus, the institution said.

A total of 181 members voted in favour of the removal, one person voted against it and three people were absent, spokeswoman Patricia Lucas said in a statement.

Rhodes, 1853-1902, was a British colonialist, businessman, mining magnate, and politician in South Africa. He founded Rhodesia (now known as Zimbabwe) which was named after him in 1895. Rhodes University is also named after him.

Provisions of the Rhodes Scholarship are funded by his estate.

On March 9, student emptied a toilet on the Rhodes statue at the campus. The statue was subsequently covered with black rubbish bags.

The &39;Rhodes Must Fall&39; group said it planned to implement political education at the campus.

Vice Chancellor of UCT, Max Price, said at the time the statue should not be destroyed, just moved.

The students rejected his suggestion.

Price also said only the council could take the decision to move the statue, following which it would have to seek approval from Heritage Western Cape.

The council would hold a special meeting to discuss the matter on April 8.

On Monday, UCT students staged a sit-in at the campus.

Notices had been put up on the university&39;s notice boards asking for the student&39;s input. Alumni had been e-mailed and also asked to share their views.