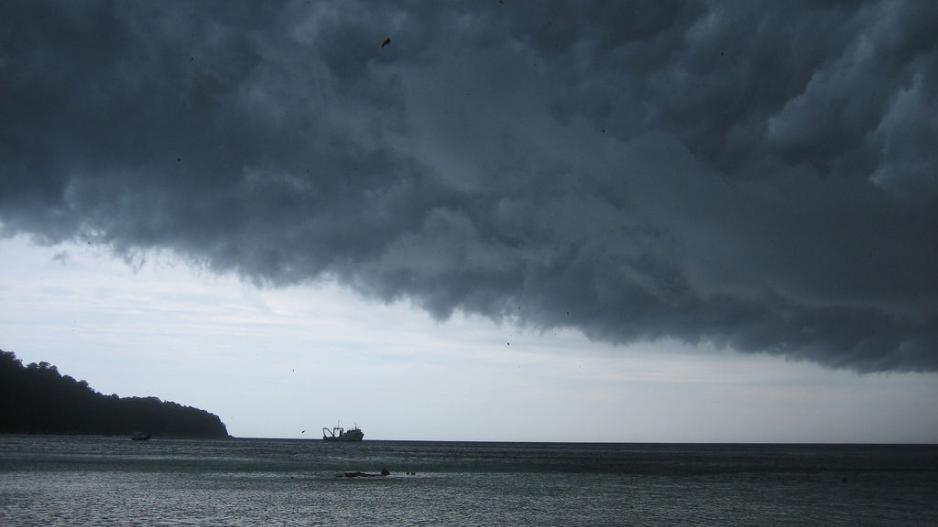 Jennifer Fitchett, University of the Witwatersrand

A tropical storm – named Dineo – has swept in from the Indian Ocean, causing extensive flooding as it hit landfall in Mozambique. More damage is threatened as it swings south and west.

Studies over the past half century in southern Africa show that there’s been a southward shift in tropical cyclones in the region, and in particular the location of their landfall. One study looked at the records of tropical cyclones in South East Africa going back 66 years. Another investigated 19th century tropical cyclone landfalls in Madagascar.

Tropical storm Dineo provides another piece of evidence of this trend. The question is: what’s behind the shift?

Why has the storm been called Dineo? A storm of this nature is given a name once it becomes classified as a tropical storm. Tropical storms are named alphabetically for each ocean basin from the beginning of each year from a list of names pre-decided at meetings of the World Meteorological Organization with submissions from countries in the region. The names are common first names of people from the region in question. Initially these submissions could only include female names. Male names have also been allowed since 1978.

The name Dineo was submitted by Botswana. Other names on the alphabetical list were selected from countries including Lesotho and Tanzania. Fourth in the alphabet, Dineo was the fourth storm in the South Indian Ocean that reached tropical storm status. If the list of names is exhausted, Greek letters are used for subsequent storms. Many named tropical storms and tropical cyclones do not reach the coastlines of islands or continents, and so one doesn’t hear about them in the news.

In 2005, the North Atlantic basin experienced so many tropical storms that experts worried they might have to start with the Greek alphabet.

Dineo may not reach tropical cyclone status but its effects are still likely to be disastrous. The last tropical storm to make landfall this far south on the continent was tropical cylone Dando in 2012. Dando caused widespread, prolonged flooding in Mozambique. It also destroyed homes and national infrastructure. Five people were killed and thousands displaced.

The effects were worst along the coastlines, where the storm conditions were paired with storm surges which resulted in extreme waves crashing onto the shoreline.

In South Africa, the storm resulted in severe flooding in the Limpopo province. Roads and bridges were destroyed, interrupting water and electricity supply, and leaving months of rehabilitation work to be done.

The tourism sector was severely affected, as were many of the region’s other economic centres.

Tropical storm Dineo has already calmed down. It lost a lot of energy as it made landfall on Mozambique’s coastline, and will continue to weaken as it moves further west. Tropical cyclones and tropical storms gain energy through the evaporation of water over the sea. Without this energy source they quickly downgrade to tropical depression status.

The development of such storms and the destruction they cause shows the need for proactive strategies to mitigate their effect. These should be in place to manage the damage done by extreme winds and flooding.

Strategies to deal with this problem include improved sea barriers to limit the impact of storm surges, improvement of road and bridge infrastructure to withstand storm conditions, and evacuation plans to prevent the loss of human life. But there aren’t many examples of countries taking effective steps to deal with tropical storms.

Jennifer Fitchett, Lecturer in Physical Geography, University of the Witwatersrand