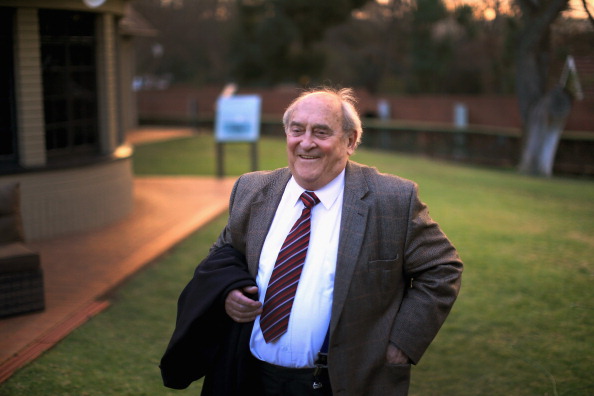 Freedom fighter Denis Goldberg talks to the media at Liliesleaf Farm, the apartheid-era hideout for Nelson Mandela and freedom fighters in Johannesburg.

In the run-up to the municipal elections, Zuma likened the DA to the apartheid National Party and ridiculed DA leader Mmusi Maimane, saying he failed to understand why a black person would the join the party – and even worse, lead it.

Goldberg says Zuma’s tactics to woo voters failed while the DA and the EFF gained seats in every municipality.

“And how did he do it? With a retrograde campaign: ‘vote for us because we are black and the others are the apartheid party and the racists’,” Goldberg said in an interview with Cape Town TV’s John Mattison.

“This is not upholding the Freedom Charter and not upholding our constitutional duty to promote a non-racial South Africa. To remain in power for what? More cronyism? More lack of integration?”

Goldberg noted that the ANC has been "virtually wiped out" in the Western Cape.

The freedom fighter, who was jailed for 22 years, says that the ANC has deeply divided African and coloured people in the Western Cape, leaving the latter feeling left out.