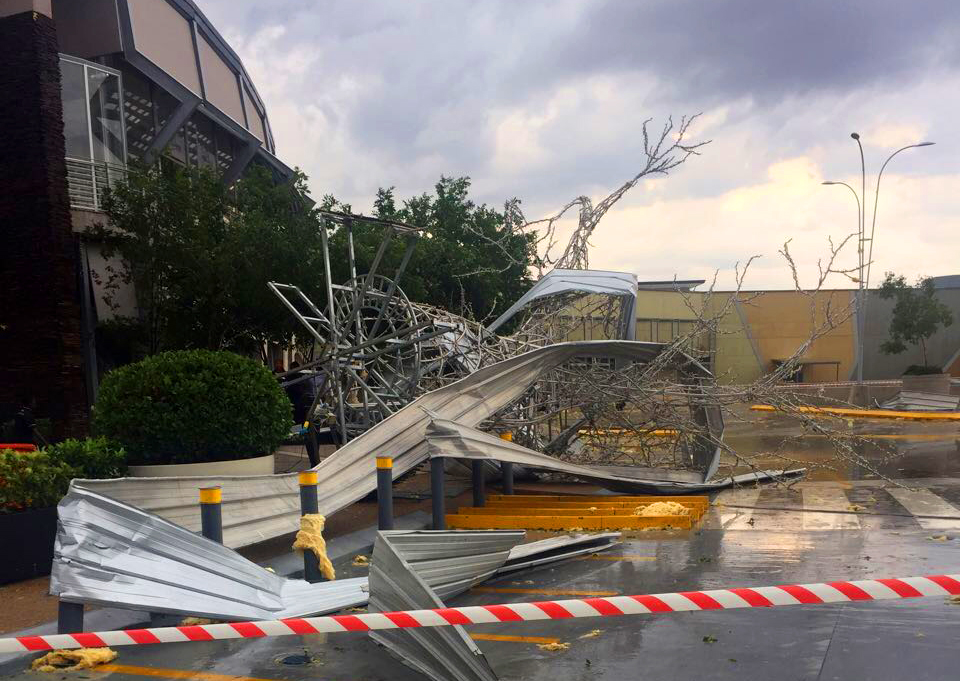 The roof collapsed while private construction workers were filling in a leaking section on Thursday.

JOHANNESBURG – Some parts of the Cradlestone Mall in Krugersdorp were blown off during a hailstorm on Monday afternoon.

Weather forecasters had issued a warning about adverse weather conditions to be expected in and around Gauteng. The areas most affected by the storm were suburbs on the West Rand, with some reporting hailstones the size of golf balls.

Residents started posting pictures on social media showing the impact of the storm.

Centre management said it is assessing the damage with initial investigation report to be released on Tuesday morning.

Big hailstorm in the Roodepoort & other parts of West Rand pic.twitter.com/dnxUxHkGn7

Terrible hailstorm moments ago at Krugersdorp. Glimpses of the scenery. @eNCA pic.twitter.com/3nJnuroX4j