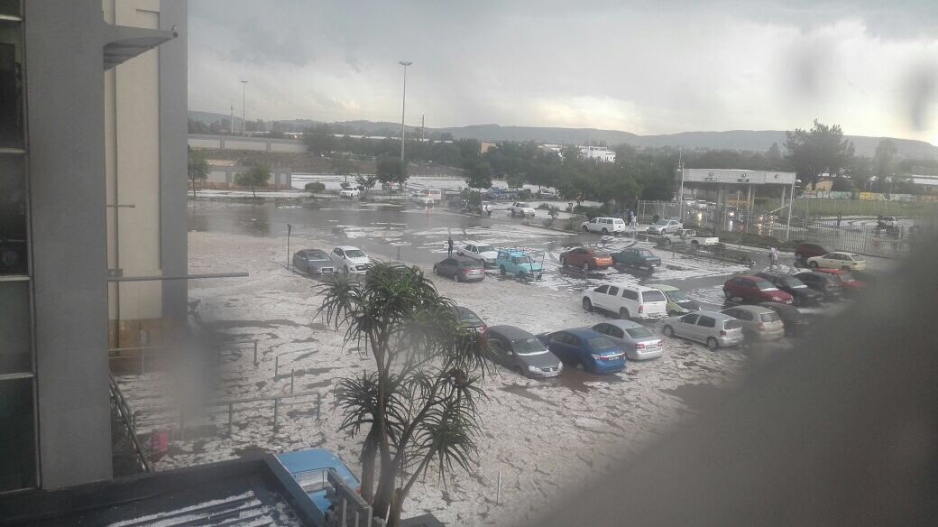 The Trade Route Mall in Lenasia was damaged due to flooding on Saturday 30 December, 2017.

JOHANNESBURG - The roof of a fruit and vegetable shop at the Trade Route Mall in Lenasia, south of Johannesburg, collapsed on Saturday.

According to ER24 spokesperson, Werner Vermaak, no injuries or fatalities were reported.

VisionTactical responded to the collapsed roof at Fruit & Veg City in Lenasia! pic.twitter.com/2Aqkzm4lTN

ER24 reported of several incidents around the province due to the severe storm that ripped through the province on Saturday afternoon.

This hail storm though... Jozi saying tsek to 2017 pic.twitter.com/wi4UOSTAQM

Hail Storm at my house looks like snow!-- pic.twitter.com/P4Y0FhDTBi

“In the West Rand, on the M12 Impala road, 6 people sustained injuries in a taxi collision. Another two people were injured with one airlifted to the hospital in Protea Glen when two motorbikes were involved in a crash,” Vermaak said.

Heavy rain was also reported in KwaZulu-Natal (KZN) with a tree falling across the N3 highway.