Chester missing as Steve and Conrad enter the ring 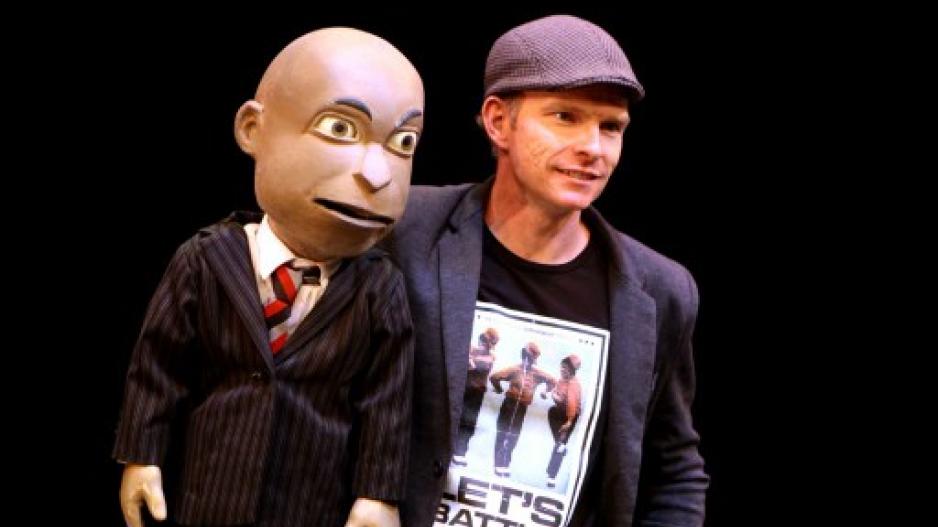 Comedian Conrad Koch's talks to his puppet, Chester Missing. The black puppet and its white comedian master have joined a growing group of no-holds-barred jokesters who slaughter the country's holy cows like racism and the ruling ANC.

JOHANNESBURG - It&39;s off to court for a bout in the ring between Steve Hofmeyr and Chester Missing.

Comedian and ventriloquist Conrad Koch - the personality behind the puppet - will be opposing the Afrikaans singer&39;s interim protection order against him, in the Randburg Magistrates Court on Thursday.

Hofmeyr secured the order on November 5, in which it stated that the respondent was, among others, barred from harassing or threatening the applicant or making defamatory remarks against him.

Koch, tweeting under the user-name of his puppet @chestermissing, immediately defied the gag order with this response via Twitter: "Haha. Stevo, I am gonna burn u for this one."

Hofmeyr and Koch/Missing have repeatedly come to blows. In October last year, a lively Twitter exchange between them led to Hofmeyr blocking tweets by @chestermissing.

The latest fracas reportedly stemmed from an opinion piece by Koch in The Times, in the role of political commentator. Koch placed Pick n Pay and Land Rover under scrutiny by questioning their sponsorship of the Afrikaans is Groot (AIG) music concerts in Pretoria, at which Hofmeyr performed this month.

This was in response to Hofmeyr&39;s earlier tweet about apartheid in October, "Sorry to offend but in my books Blacks were the architects of Apartheid. Go figure."

The tweet caused a stir on social media and Hofmeyr was accused of being racist, stupid, and a peddler of ignorance. One company, Williams Hunt in Port Elizabeth, then withdrew a sponsored bakkie which was meant to be used by Hofmeyr during his PE gigs.

The ANC Youth League (ANCYL) reacted to the tweet by saying while they fully respected the right of all national groups to practise their cultures in peace, they wholeheartedly condemned the statements made by Hofmeyr.

As such, they had planned to march against Hofmeyr at Moreleta Church between November 14 and 22, when the AIG festival was taking place, but their application to protest was declined by the Tshwane municipality.

Hofmeyr remains active on social media and has put out a request asking to be informed if Koch mentions him or his sponsors, saying this would form the basis of an additional subpoena against the puppeteer.

He has also stated that until Koch explained the "hate speech" in court on November 27, the ventriloquist was not allowed to contact him, his sponsors or his business partners directly or indirectly.

Koch, meanwhile, has said his tweets against Hofmeyr could not amount to hate speech, as he&39;d never said anything hateful about the singer, according to a report by Beeld newspaper.

Below is a collection of Tweets either from Steve Hofmeyr about Chester Missing or Conrad Koch, or by the public referencing them all:

Tweets about KOCH AND (FROM:steve_hofmeyr)

See Hofmeyr&39;s Facebook posting below, after securing a court order stopping comedian Conrad Koch from harassing him on Twitter.:

Translated, it reads as follows:

"So be it. The chickens will come home to roost. My first interdict against Conrad Koch (Chester Missing) was successful and four more are coming.
Until he explains his hate speech and foul mouth in court on 27 November, he may not directly or indirectly use my name, or that of my sponsors and business partners.
He may also not tag us on twitter or mention us in television and radio interviews.
Please let me know if he continues to do this because then he will receive a new subpoena for contempt of court.
He can prepare himself for the same legal action by my partners and other sponsors.
Playing God is for gods – not for ventriloquists..."

...and then wraps up with a somewhat condescending reference to Koch.