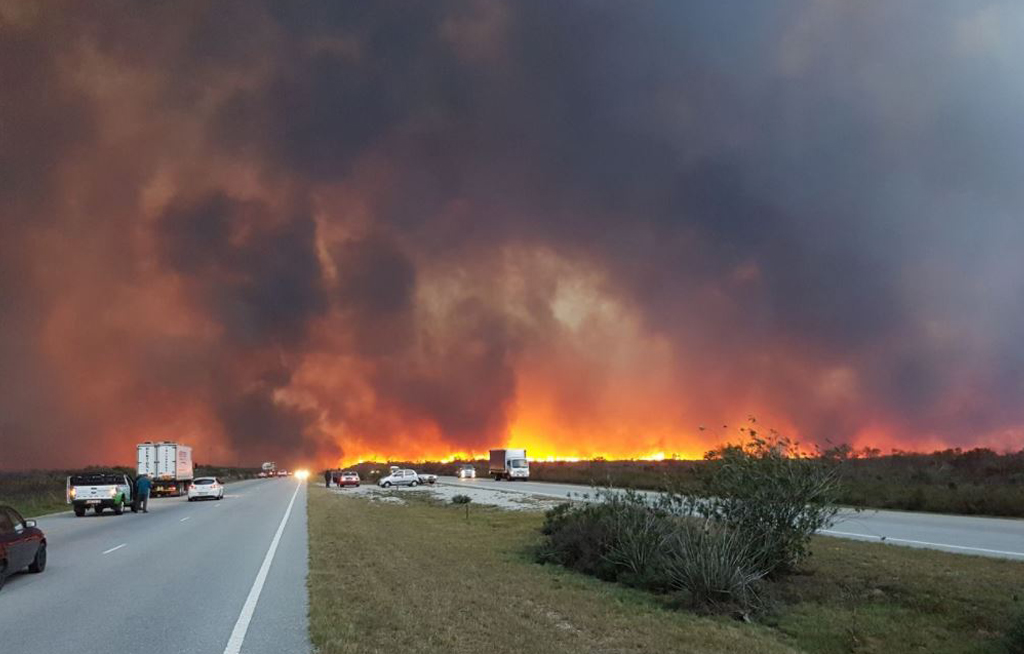 10 June 2017 - A massive fire burns at the Van Staden River Gorge on the N2 outside Port Elizabeth.

PORT ELIZABETH - The are reports that a fire is spreading out of control in Port Elizabeth. It's been burning since 6am Saturday morning.

The fire is located in the Van Stadens River Gorge area, and winds are fanning it towards Port Elizabeth.

#PEfire This was taken on the N2 PE side towards van Stadens Bridge . Video supplied pic.twitter.com/6U22LSx3fS

The N2 and Old Cape Road have been closed by traffic officials due to dense smoke.

Occupants had to flee with no time to prepare an evacuation of belongings.

However, no injuries have been reported as yet

No further buildings or properties are in any imminent danger, though Woodridge College and all its animals have been evacuated as a precautionary measure.

#PEfire N2 is closed at Thornhill for vehicles traveling in direction to PE due to fire. Department of Transport. 0800 644 644 @AlgoaFM

A large amount of grazing land has been burnt which is devastating for the cattle farmers.

Willie Bosch is the chairperson of Farmcomm Neighbourhood Association - he gave further details to eNCA: