SA adventurer down from mountain, on home soil 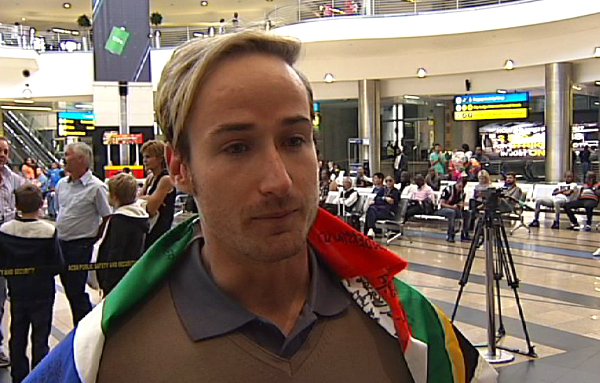 Adventurer Lylse Turner was hoping to climb Mount Everest to raise awareness about Huntington's disease. The 26-year-old was among those who bravely remained in the mountains to help others injured in the avalanche.

Today his emotional family was able to welcome him home to South Africa.

The 26-year-old had hoped to climb Mount Everest as part of his campaign to raise awareness about Huntington&39;s disease, a  degenerative genetic condition that runs in his family.

Instead, he narrowly survived the deadly earthquake that reportedly claimed more than 6,000 lives in Nepal.

"The earthquake was overwhelming to say the least , we all jumped out of our tents, just trying to figure out what is happening," Turner said, of the experience.

"It was either stay in your tent and get buried or flee."

Confronted by the devastation the quake left behind, Turner joined other mountaineers in searching for survivors, some of whom were severely injured, in other instances, digging up bodies.

BC is like a ghost town.Such a beautiful day with a few slides coming off the mountains.Cant stop thinking about the 1lady I carried down:(

Despite the trauma, Turner says he&39;s determined to return to Everest, so he can plant a flag with the names of 200 people whose lives have been claimed by Huntington&39;s disease.

* Watch the video report by Karyn Maughan, in the gallery above.