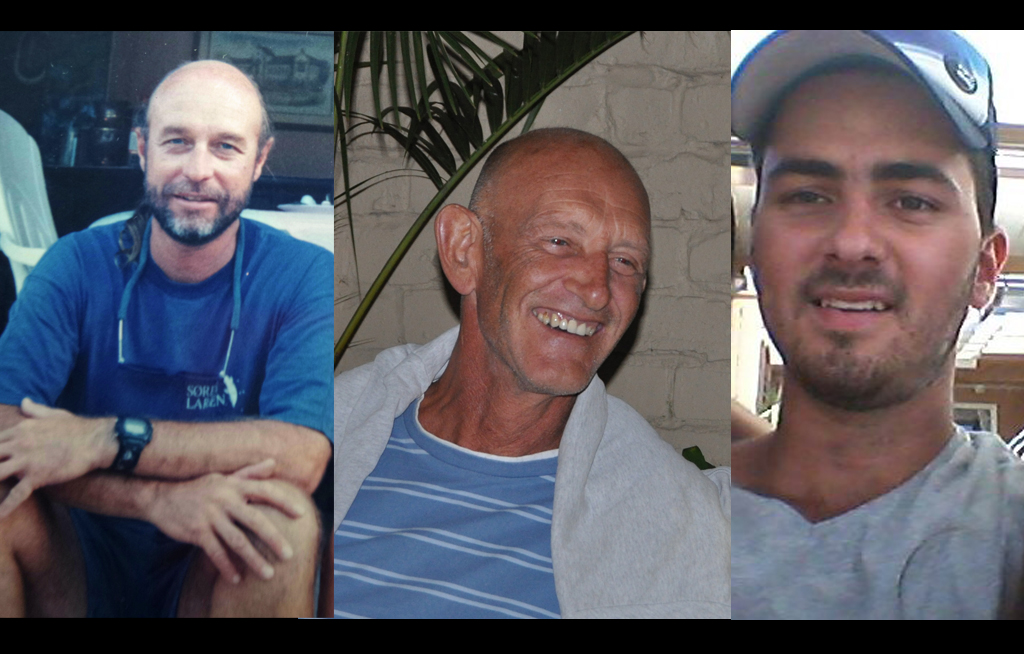 Yachtsmen Anthony Murray, Reg Robertson and Jaryd Payne are missing at sea. They embarked from Cape Town in mid-December but failed to arrive at their destination of Phuket, Thailand.

JOHANNESBURG - A South African catamaran crew on a voyage to Thailand have not been heard from in a month and a half, concerned family members said on Monday.

The families of Anthony Murray, Reg Robertson and Jaryd Payne believe there is real cause for concern as the yatchsmen last made contact via satellite phone on January 18, they said in a joint statement.

Based on the yacht&39;s co-ordinates at the time -- in international waters around 2190 miles north-northwest of Perth, Australia -- the estimated arrival date was February 2.

"On February 12th, the family of Anthony Murray reported his catamaran as overdue to the Maritime Rescue Co-Ordination Centre (MRCC) in Cape Town."

The catamaran Sunsail RC044-978 set out from Cape Town for a delivery trip to Phucket, Thailand, on December 14. The delivery was on US-based world maritime leisure business Tui Marine.

Skipper Murray, 58, has over 25 years experience at sea, including multiple international catamaran and yacht deliveries.

Robertson, 59, is also an experienced yachtsman and a member of the Royal Natal Yacht Club. Payne is 20 years old.

By Sunday, the yacht&39;s Emergency Position Indicating Radio Beacon (EPIRB) had not been activated.

If a signal from the EPIRB is detected then search and rescue will be activated, the extent of which is dependent on the resources available in the area at the time.

"The Australian Maritime Safety Authority has informed the families that it responds to circumstances as they present themselves and that officers in its Joint Rescue Co-ordination Centre are not constrained by the setting off of the EPIRB only.

"It has further stated that the urgent broadcast to shipping will remain until March 31st, when it will be re-evaluated," the families said.

They were also concerned as the yacht was in the vicinity of Tropical Cyclone Bansi.

"Although the yacht did move south away from the cyclone, we have no confirmation that the catamaran was not damaged as a result of this."

The yacht was officially carrying enough supplies for 65 days, but has now been at sea for 79 days.

"The family is in contact with this office and we are giving as much information to them as we have and receive from RCC Australia.

"We have also initiated Navarea Seven urgency broadcast in an effort to make as many ships [as possible] aware of our need to locate the missing yacht," Blows said.

"We are also the local point of contact for RCC Australia and are constantly sourcing additional information to assist in trying to piece together the case."

The families said: "The concern for an overdue boat has now turned into real fear that Anthony Murray, Reg Robertson and Jaryd Payne are in need of rescuing".

SAA Finds Its Wings | WATCH | SAA takes to the skies