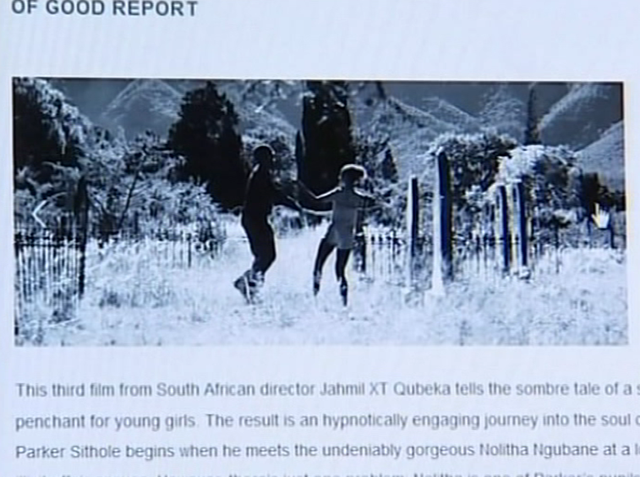 DURBAN - The Film and Publication Board (FPB) has banned a film that was due to be screened at this year’s 34th Durban International Film Festival.

The board said the film, titled “Of Good Report” contained child pornography and contravened their code of publication.

The movie depicts the sexual relationship between a male teacher and one of his pupils.

Filmmaker Jahmil Qubeka told eNCA he was disappointed by the decision and said the board cried foul prematurely.

Meanwhile, action group Childline said more discussion needed to be had before the FPB&39;s decision was made.

“The opportunity should have been to expose some child protection people to those areas or pictures in the film they were unhappy about and they felt constituted child pornography, so that we could have discussion on that,” said Childline Director Joan van Niekerk.

The FPB said it would charge anybody found in possession of a copy of the film.

Organisers of the Durban International Film Festival said they plan on appealing the ruling.