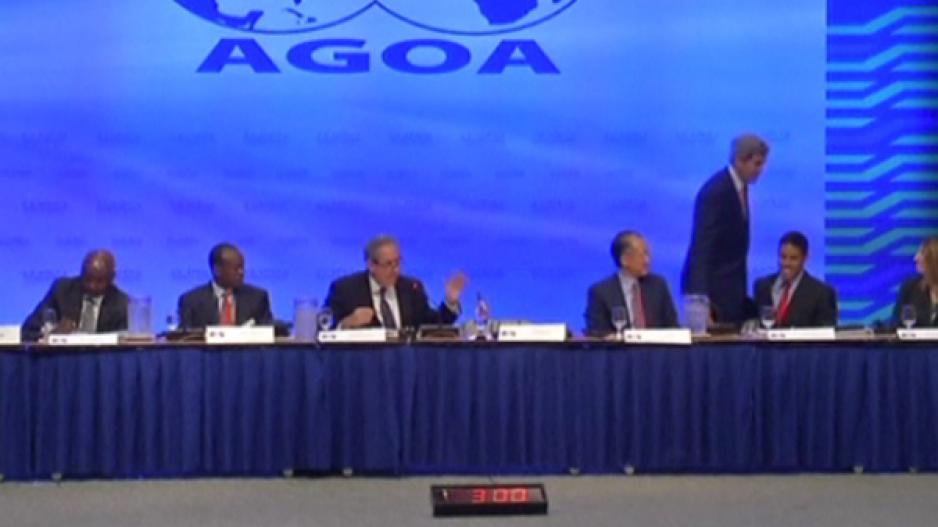 Washington DC - African leaders are lobbying for the renewal of the African Growth and Opportunity Act together with intensified trade and investment. This has dominated day two of the talks at the US-Africa Leaders Summit.

PRETORIA - The South African government on Friday welcomed the passage of a bill to renew the African Growth and Opportunity Act (Agoa) by the US Senate with South Africa being included.

“We have noted that the bill is extended for a further 10 years as opposed to our initial request of 15 years,” Minister of International Relations and Cooperation Mait Nkoana-Mashabane said.

“We have further noted certain provisions in the bill that affect countries that are eligible for Agoa, including the specific mention of South Africa, which we are currently studying and working on,” she told reporters in Pretoria.

The US Senate on Thursday night voted to include South Africa in the Agoa under what is referred to as “strict terms” over the next 10 years.

One of the biggest terms includes an “out of cycle review” with respect to South Africa, on its compliance with Agoa.

While such a term has the potential to compromise the country’s inclusion in Agoa, its main aim is to force South Africa and the US to go back to the table and discuss the poultry matters that are causing great problems.

The US has accused South Africa of blocking U.S. poultry imports. Because of this some senators had argued that South Africa not be included in a renewal of the Agoa.

In recent months, South African ministers and members of the poultry industry launched an offensive, trying to get the US to support South Africa’s renewed inclusion in the act.

The Agoa, a legislation that was approved by the US Congress in May 2000, is to assist the economies of Sub-Saharan Africa and to improve economic relations between the U.S. and the region. The Act provides trade preferences for quota and duty-free entry into the US for certain goods, under certain conditions.