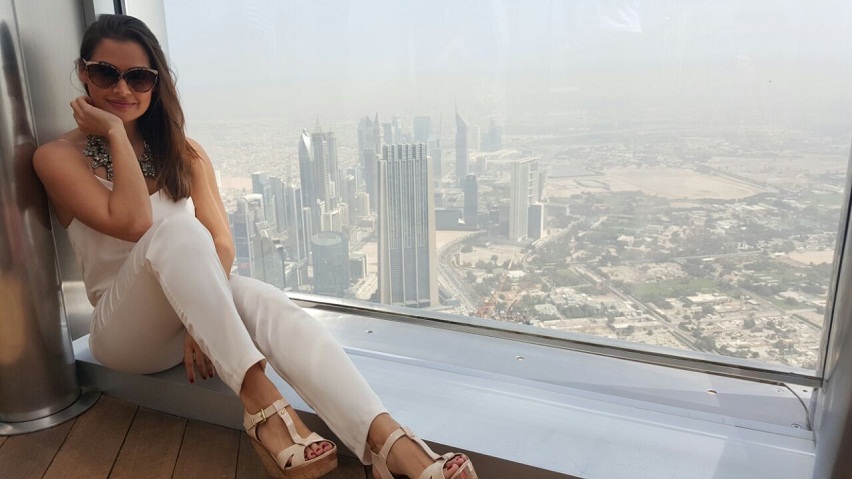 Shashi Naidoo poses at a window overlooking a view of Dubai in the UAE. Naidoo was in Dubai for Dubai Fashion Week which took place from 7 to 14 April 2015.

JOHANNESBURG - The South Africa Jewish Board of Deputies (SAJBD) said on Tuesday it was appalled by how flagrantly the right to freedom of expression was being abused when it comes to debating the Israeli-Palestinian question in the matter involving model and media personality Shashi Naidoo.

Naidoo is currently in a diplomatic storm and has received heavy criticism for her remarks about Gaza after she referred to Gaza as "a shithole" during a debate about the Palestine-Israel conflict with an Instagram user. She apologised and said that she had received at least 10 death threats.

She said that she "stupidly copied and pasted" the response she gave verbatim from a friend in a feeble attempt to appear smart on social media without reading it comprehensively.

The SAJBD said that Naidoo had become the latest victim of this thuggish vendetta for tweeting comments expressing support for Israel and condemning its enemies.

"For hard-core haters of Israel, merely defaming and demonising the Jewish state is no longer enough. Now, they are using blatant threats and intimidation to punish and silence anyone who dares to challenge their bigoted narrative," the SAJBD said.

"This hysterical invective continues unchecked, despite Naidoo having since apologised for at one point using an expression that she concedes was insulting."

The human rights and Palestine solidarity organisation BDS (Boycott, Divestment and Sanctions) South Africa released a statement saying, "BDS South Africa, together with our other partners, will be holding a press conference with South African celebrity, supermodel and TV personality, Shashi Naidoo, to relay the outcome of a meeting that we held with her earlier today."

"The meeting was the result of Ms Shashi Naidoo reaching out to BDS South Africa following a post on social media and the massive outcry that it is creating."

"The press conference will take place on Wednesday 20 June 2018 at BDS South Africa."