SA leaders must listen to concerns of protesters: Ramaphosa 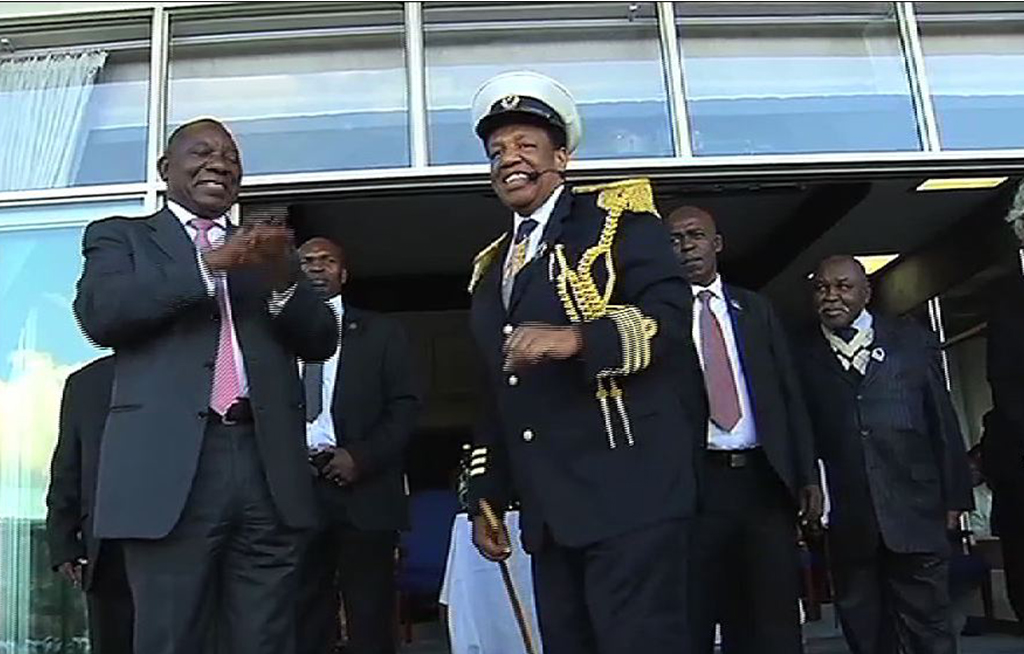 "We should welcome the concerns the people are raising". #CyrilRamaphosa on whether protests are racist. pic.twitter.com/K3k7hxwTGz

Speaking after attending an Easter service at the St Engenas Zion Church in Moira, Limpopo, Ramaphosa said that demonstrations against President Jacob Zuma's leadership were driven by real concern for the country's future.

Ramaphosa also urged religious leaders to pray for the country.

Earlier, Bishop Engenas Joseph Lekganyane had ended his address to thousands of ZCC congregants with a parable about leadership directed at Deputy President Cyril Ramaphosa.

When asked what he made of the analogy, which suggested conflict between himself and President Jacob Zuma, who has slammed protests against his leadership as driven by racists and people opposed to economic transformation, Ramaphosa said, "No, no, no, it isn't.

"I mean obviously the Bishop is concerned about things that are happening in the country. The various things that'll happen in Parliament.

"And it is correct that leaders of the faith should be concerned about the country and we welcome that. Because their voices also need to be heard. We also need their prayers."

When questioned about whether he shared the view that the protests were driven by racists, Ramaphosa responded, "People of our country are taking to the streets.

"They're raising their concerns, and I think what we should be doing as leaders is to listen to some of the concerns that are being raised by our people and reflect on the issues that they are raising.

"Because the people themselves own this democracy. The democracy is not owned by leaders only.

"So we should welcome the concerns that the people are raising."

While former President Thabo Mbeki has called on MPs to put South Africa first when they vote on a motion of no confidence in Zuma's leadership, Ramaphosa has still not spoken publicly on that vote.