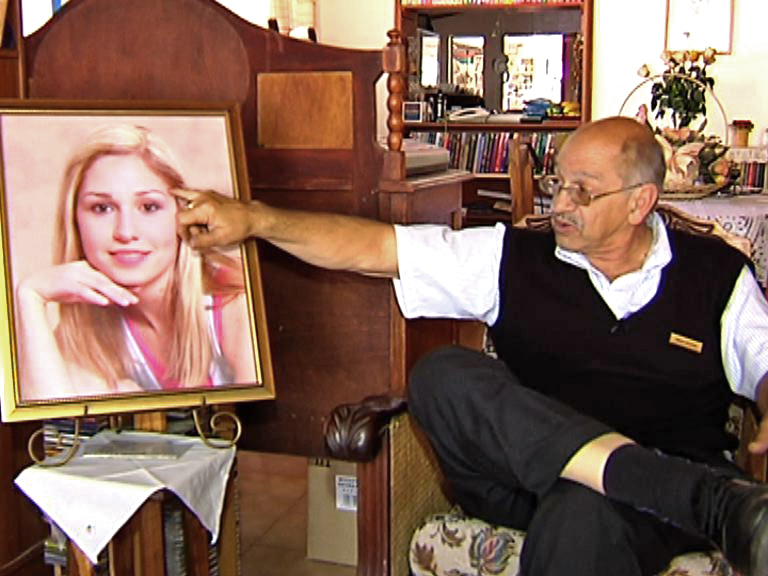 A month after accused stalker killer Gerhard Jansen van Vuuren went on the run, the father of his alleged victim said he and his wife were living in constant fear.

JOHANNESBURG - Murder accused Gerhardus Jansen van Vuuren has told a Brazilian court he went on the run because he won’t get a fair trial in South Africa.

But, the court was not convinced, and has sentenced Jansen van Vuuren to four years in jail for using a false passport, and trying to bribe a police officer.

Venter was Rustenburg’s first test-tube baby, a miracle that her parents had waited 13 years for.

She was 25 years old when Jansen van Vuuren allegedly stalked her down and beat her and stabbed her to death in front of the security cameras of the complex where she lived.

Jansen van Vuuren fled to Brazil on a false passport in May last year - under the name Daniel Joseph Mouton.

He’d been granted bail by the South Gauteng High Court, which rejected the state’s argument that he was a flight risk.

Three months later, Jansen van Vuuren was arrested by Brazilian police – who discovered that he was on an Interpol red notice.

Court documents reveal that he told the officer who arrested that,”I have money for my freedom”.

He would later defend that statement by pointing out that he hadn’t mentioned any specific amount of money.

He later tried, and failed, to convince Brazilian justice authorities that he would not get a fair trial in South Africa, saying he would not be allowed to show that he was temporarily insane at the time of Venter’s death.

It means that South African justice officials will be able to pursue his extradition without fear that he will, again, go on the run.

Her parents say all they want is justice for Andrea, whose life was turned into a living hell by the man now accused of her murder.

“Because when she doesn’t listen to him, he told her, ‘I’m coming to kill your parents and if you let the police catch me, I’ve got enough people outside the jail who will help me and they will come for you and your parents. They will rape you, they will kill your parents.’ and that’s what I’m telling you, and she was afraid.”

The Hawks are currently investigating exactly how Jansen van Vuuren managed to flee South Africa – and who may have helped him.