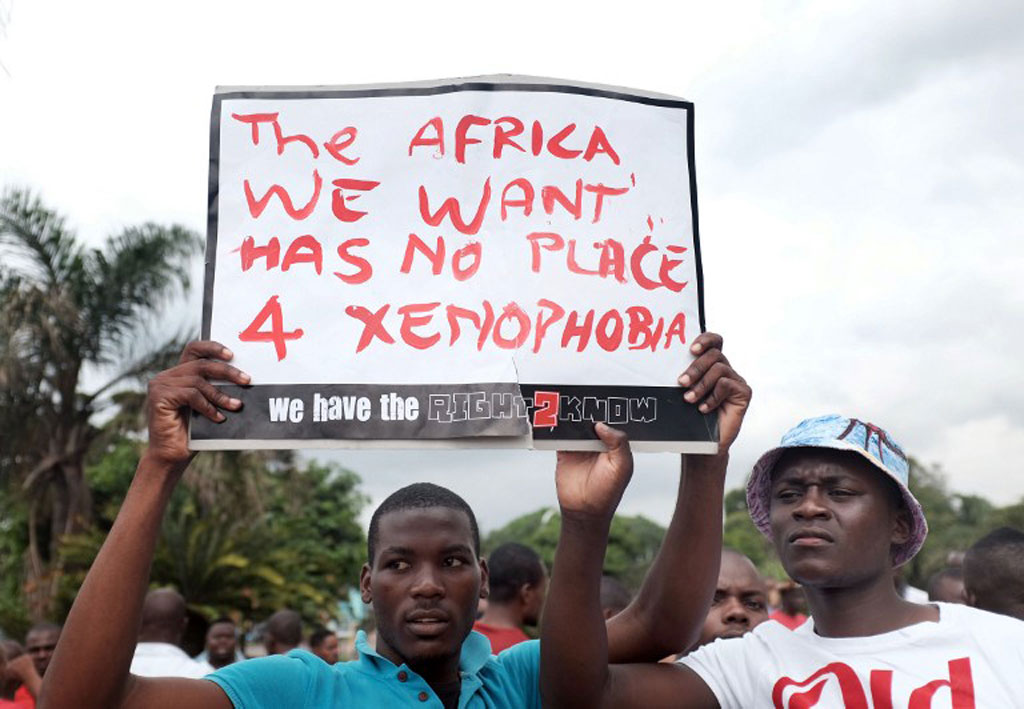 File:Foreign nationals hold a placard during an anti-xenophobia march outside the City Hall of Durban on April 8, 2015.

JOHANNESBURG - A diplomatic stand-off is looming over the outgoing Nigerian government&39;s decision to recall its acting High Commissioner to South Africa.

Before the recall, Nigeria had asked the South African government for compensation following the recent xenophobic attacks.

Speaking at a media briefing on Friday, Cobham said Nigerians were very concern about violence directed at foreign nationals in South Africa, but he gave no indication if the violence had affected diplomatic relations between the two countries.

“These posts went viral and although most of them were fabricated, caused anxiety back home. We are however happy with South Africa’s efforts to stop this. We also make use of the police 24-hour line to report any acts or information we come across,” Cobham was quoted.

But a day later, Cobham was recalled.

In response to the latest development, South Africa’s Department of International Relations and Corporation (Dirco) issued a strongly worded statement on Sunday.

The department said if Nigeria’s move is based on the recent xenophobic attacks, ‘it would be strange for a fellow African country to exploit such a painful episode’.

“We are not sure which actions or behaviour of the South African government the Nigerian government is protesting. It is only Nigeria that has taken this unfortunate and regrettable step.

“Deputy President Cyril Ramaphosa has just returned from Indonesia to attend the Africa-Asia Summit and the 60th Anniversary of the historic Bandung Conference.  At no stage did the Nigerian delegation present at that gathering, express its intention to formally raise the issue with the South African side,” read the statement.

Dirco said South Africa remains committed to strong bilateral relations with Nigeria. It also said South Africa did not blame Goodluck Jonathan&39;s government for the 9-month delay in the repatriation of bodies after the TB Joshua guesthouse collapse in Lagos.

“Government condemns and rejects the attacks on foreign nationals. Through our interventions, relative calm and order has been restored. We shall also continue to support and not blame the Nigerian government as it battles to deal with Boko Haram that continues to kill many innocent civilians.

“We hope that the more than 200 girls kidnapped by Boko Haram will someday be reunited with their families,” said the statement.

Dirco South Africa will raise its concerns through diplomatic channels with the new administration that will assume office in Nigeria next month.