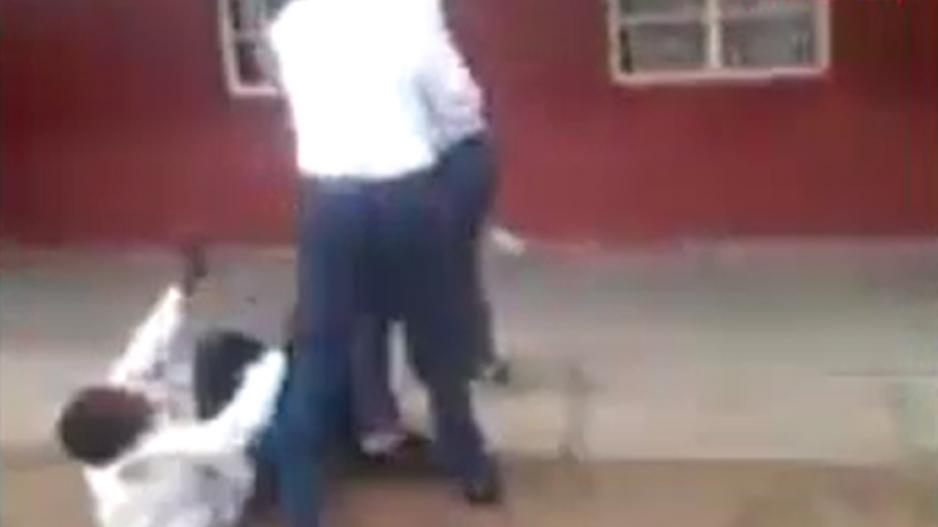 A still image from a video shot on a mobile phone of a KwaZulu-Natal schoolboy being beaten to death. Picture: Daily Sun

JOHANNESBURG - South Africans have reacted with shock and outrage following the release of a video showing pupils savagely attacking and beating to death 18-year-old Bongani Nkabinde.

The assault, which took place at Sizimele High School in northern KwaZulu-Natal, was published on the Daily Sun Facebook page on Wednesday morning.

eNCA.com is in possession of the video showing the 18-year-old’s murder, but has chosen not to publish it due to its graphic nature.

"Bring death penalty back," said one Facebook user. "This is what happens when you take away authority from teachers and parents," declared another.

Many have begun pointing fingers at the local education authority as well as the ANC for the incident, citing poor governance and a lack of control and discipline in South African schools. Comments range from, "SA Government is not in control" to "where are the leaders of the school?....r they scared stiff as well..."

Some have turned to religion, calling for faith to play an instrumental role in the moral and behavioural education of school children.

"It is time for the Christians to stand against these things that are happening in our whole world," said one eNCA Facebook follower. Another agreed, saying: "This is way too much now..the world needs Jesus Christ!".

Despite divided opinion as to the cause of and solution to horrific incidents that culminate in the death of South African school children, the country is united in its call for an end to violence in schools.

Six people have been arrested in connection with the murder of Nkabinde.