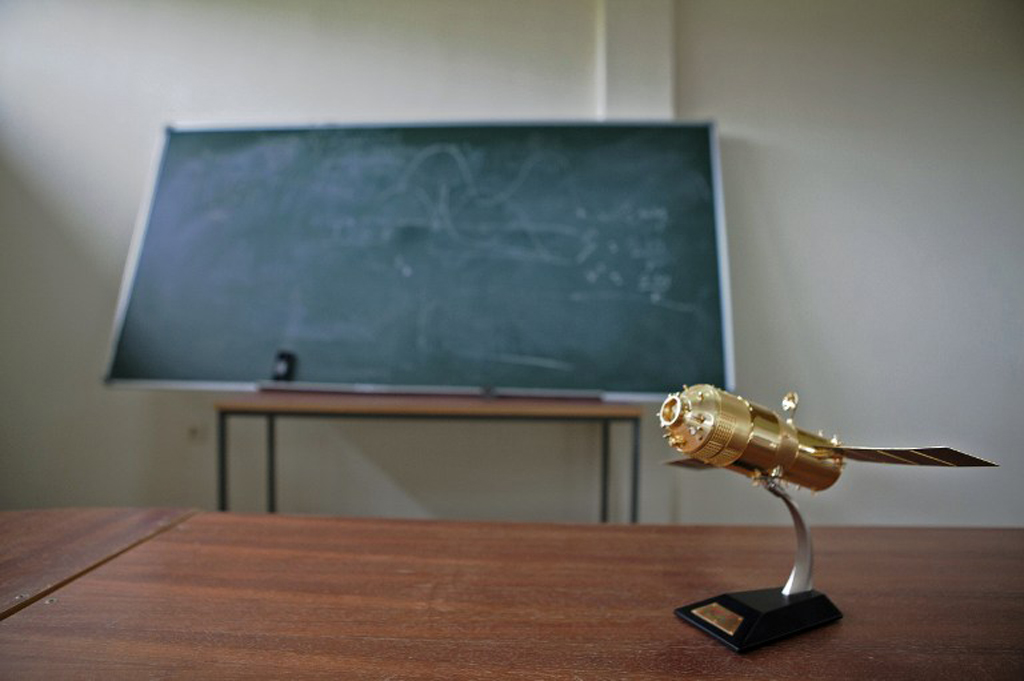 A model satellite is pictured inside the Entoto Observatory and Research Center, on the outskirts of Addis Ababa, on July 24, 2015.

CAPE TOWN – Fourteen schoolgirls have successfully built, calibrated and launched a satellite into near space.

The 14 high school pupils are alumni from the inaugural SpaceTrek camp, the second stage of the Women in Stem Space Programme run by the Meta Economic Development Organisation (Medo), a non-profit organisation. The programme is being run in collaboration with Morehead State University in the US.

The presentation was the culmination of a week-long boot camp at High Africa Conference Centre in Worcester in the Western Cape, where the young women learnt about telecommunications, satellite construction, calibration and data analysis.

The girls were selected after the completion of the first stage of the programme, a series of SpacePrep workshops at schools around the Western Cape.

These four-hour events, held on Saturdays in Medo’s mobile lab, the Treppie Truck, reached more than 120 girls at their schools and taught them the basics of electro-mechanics by building a mini robot, or Jiggybot, from scratch.

The Women in Stem Space Programme was launched in June last year with the aim of encouraging young women to enter so-called Stem fields (science, technology, engineering and maths).

Medo’s programme was developed to boost Stem skills and proficiency in the South African labour force, particularly among females.

And, as Medo chief executive Judi Sandrock explained: “By 2020, 80 percent of all future jobs will be Stem-related, with almost double the pay of non-Stem related careers.

“So what we are trying to do is to give these young women the best chance out there.”

The pupils will participate in the third phase of the programme, the launch of the actual satellite, Medosat1, in the second quarter of this year from the Mojave Desert in the US.

It will be the first privately-owned satellite from Africa to be launched.

The Women in Stem programme will run for the next four years, with satellite launches planned annually.