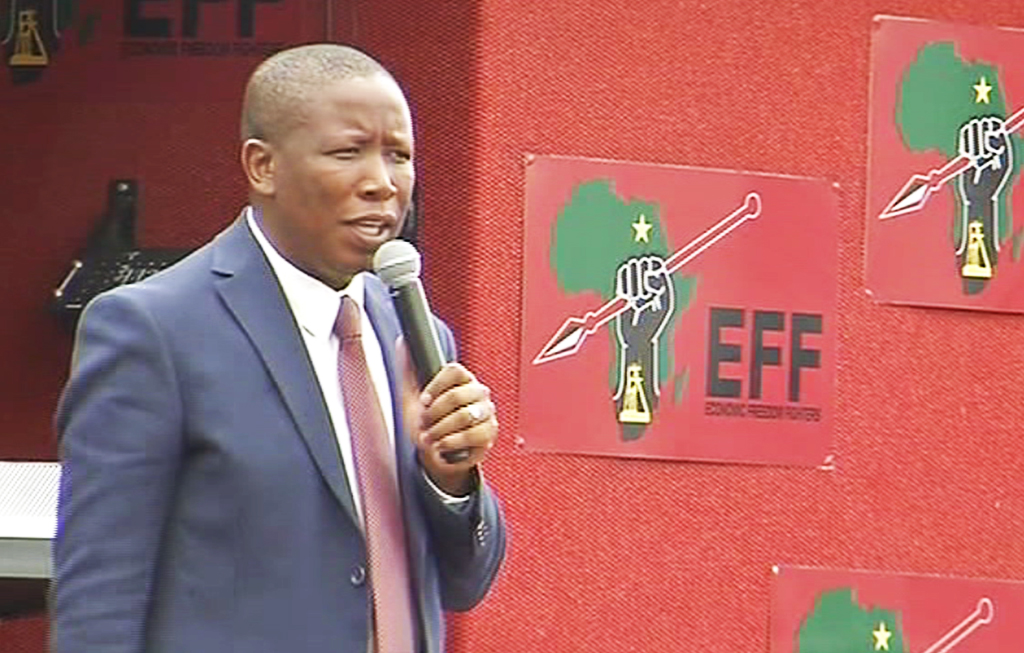 KwaZulu-Natal, 07 November 2016 - Julius Malema, says people need to occupy land because government has failed to return it to them. The EFF leader was speaking to supporters after making a brief court appearance.

NEWCASTLE - Economic Freedom Fighters leader Julius Malema made no bones on Monday that he believed that he had done nothing wrong and the charges levelled against him were simply an attempt by President Jacob Zuma to eliminate political opposition.

Malema, addressing supporters after briefly appearing in the Newcastle magistrate’s court on two charges of violating the Riotous Assemblies Act of 1956, also made it clear that whites were not entitled to own any land in South Africa and that for now he was not calling for the slaughter of whites.

He went further to claim that the British monarch Queen Elizabeth held title deeds to property in South Africa and that the country’s African National Congress-led government was too afraid to ask for the back.

Earlier in court, Malema’s advocate, Tumi Mokwena asked for the matter to be postponed as he would seek to have the apartheid era legislation declared unconstitutional.

The case against Malema was postponed to 7 December, but Malema would not be required to appear if an application had been lodged with the High Court.

Earlier this year, Malema told supporters in Newcastle that whites could not claim ownership of any land because it belonged to blacks.

He was accompanied by senior leadership of the EFF, including the party’s deputy president Floyd Shivambu and national spokesman Mbuyiseni Ndlozi.

Malema cracked jokes with the media as he awaited the start of proceedings.

Speaking to supporters afterwards, Malema accused Zuma’s government of having no clear cut plans to address the plight of poor blacks.

He said that the charges against him had been brought by the ruling ANC on behalf of white people.

“White minorities be warned. We will take our land. It doesn’t matter how. It’s coming, unavoidable. The land will be taken by whatever means necessary.”

“This violent and threatening language has no place in our constitutional democracy.”