SA under fire over animal cruelty 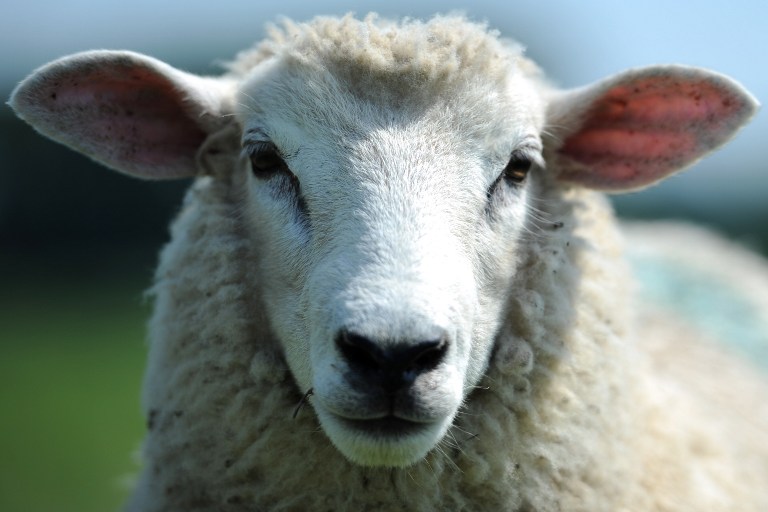 PORT ELIZABETH - A ship carrying 3,500 head of cattle, goats and sheep will on Tuesday leave South Africa for the island paradise of Mauritius -- and the slaughterhouse -- despite an outcry over "inhumane" livestock exports.
South Africa&39;s international live animal trade has come under fire for the brutal transport conditions, when the country has adequate slaughter facilities to give them a more humane death.
The heated battle between animal rights groups and exporters has been fought out in the courts and provoked death threats, but it has done little to deter a multi-million dollar industry.
"This is one of the cruellest methods of transporting animals in existence," said National Society for the Prevention of Cruelty to Animals (NSPCA) head Marcelle Meredith.
"The animals become ill and lethargic, seasick and some often end up with broken legs," said Meredith in a petition against the trade to the Department of Agriculture, Fisheries and Forestry.
"Their misery continues as they are unloaded in inadequate facilities."
The livestock is trucked to southern port East London and herded into cramped pens on board the poorly ventilated carrier, said the NSPCA. The journey could take up to 12 days on rough seas, it added.
But two weeks ago the NSPCA lost a court bid to halt cattle-breeder Bruce Page from exporting the animals to the Indian Ocean island.
Page acknowledges at times "there are alternatives -- exporting meat rather than live animals". But he said Mauritius&39; Muslim community required live animals to slaughter for halaal meat.
After he won the court battle, a man called him threatening that "either you or your children will be killed if you load that ship," Page&39;s son Glen told AFP.
Page denied that the animals suffer during their trip to Mauritius.
"I have shipped over 8,000 animals over the past three years. I tell you the mortality rate is 0.0005 per cent," he said.
"With sheep, we have to comply with the Australian standards of animal welfare when shipping which are the best the world over."
But although the judge ruled in his favour, after viewing footage of the cattle transport, he still found "cruelty was prevalent and that has to be resolved in future".
South African law does not forbid shipments of live animals, but exporters must obtain a health certificate from the government.
After the animal rights group&39;s failed bid to halt exports, livestock carrier the Barkly Pearl left East London with 1,808 head, its third trip this year to the popular tourist island.
South Africa&39;s trade and translocation in wildlife such as lions, rhinoceros, giraffes, and antelope is well-documented. But their journey often seems more comfortable than that of animals travelling to be slaughtered -- and away from the glare of the media&39;s cameras.
While much livestock is produced for local consumption, South Africa also exports live sheep, cattle, goats, and ostriches.
The industry is worth millions: one shipment of 2,000 cattle can rake in over 15 million rand ($1,5 million), Page said. Up to three ships with live animals cast off every month.
The NSCPCA says the practice has been going on for decades, but its efforts to stop what it terms the "Ships of Shame" have had little effect.
"All animals are deserving of consideration, even those raised for food," said Meredith.
A local investigative television programme last year exposed the dire transport conditions of cattle to Mauritius, after first reporting on the trade in 1998.
Images showed cattle standing in their own manure, too weak to leave the carrier, and being beaten and stung on their testicles when the ship arrived in Mauritius.
Agricultural authorities acknowledged then that such conditions were unacceptable.
But Page is adamant he will continue with the trade.
"I am not going to stop. We need foreign currency," he said. His exports to the island included sheep and goats, while he also sent cattle to neighbouring countries like Zambia, Mozambique and Malawi, he added.
But the NSPCA says conditions have not improved over the years, which is why it applied to block the shipments.
Australia, a top global livestock exporter, has a number of lobby organisations working to shut down the trade there, but anti-export lobbies have not gained much traction in South Africa.
Now some Australian groups, such as Animals Australia and Beauty Without Cruelty, have thrown their weight behind the South African lobby petitioning the government to stop the trade, sending legal aid and exchanging information.